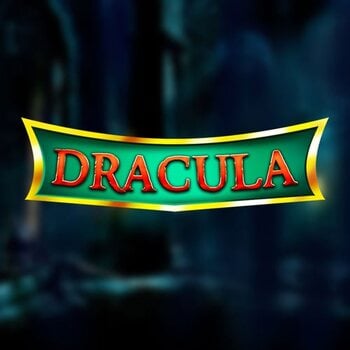 Produced by
StakeLogic
Dracula online slot is a game with 5 reels, 4 rows, and 40 paylines. The game is based on the horror icon Count Dracula. Dracula slot includes Wilds, Stacked Wilds, Free Spins, and a Bat Feature. The minimum and maximum bets per spin are 0.20 and 200, respectively. Dracula is a low volatility game which may mean a high frequency of wins with low value and an RTP of 96.58 percent which is above market average. The maximum possible win on the Dracula slot machine is 2,000 times your stake.

Although the vampire theme is common, this title stands out due to its appealing visuals, suspenseful audio, and unique bat feature.

The Dracula slot machine has a slightly different layout than other NetEnt slots, but the superb graphics, brilliant animations, and spine-chilling sounds add to the game's atmosphere. When the bat feature is activated, Dracula broods menacingly by the reels and transforms into a swarm of bats. A random number of bats fly in and land on the reels in this exciting feature. When the reels stop spinning, the bats transform into a random symbol.

Dracula slot game symbols are the low-value royals from J to A, a couple of male and female characters, and a Dracula symbol, all of which pay out more, though the high-value symbol return is quite low compared to many other slots.

Dracula is the most lucrative symbol, paying 0.5, 2, and 5 x for three, four, or five symbols on a payline, respectively. The well-dressed lady symbol pays the same, and both can appear as stacked symbols on the reels.

The Wild symbol in the game is a large red 'W' that can appear anywhere on reels 2, 3, and 4 during the base game and substitutes for all symbols.

The Bat feature can be activated at any time. Bats will fly across the reels in a cluster formation, changing all of them into the same random symbol, including wilds. This could result in larger wins if they transform into high-value symbols.

Dracula is available to play at Genting Casino. The site offers a great variety of slots, table games, and live casino games. You can visit Genting Casino online to enjoy any of these titles wherever you are using any device. If you are a fan of the horror theme or enjoy a game with great graphics and unique features then this slot is for you. Dracula is also designed to cater for beginners as the gameplay is straightforward.