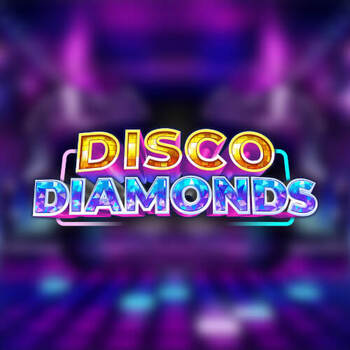 Produced by
Play N Go
Disco Diamonds slot is an online casino game that is provided by Play'n GO. The slot is designed with three rows, and five reels. A payout is awarded for 3 to 5 matching symbols or a combination of wilds if they land on adjacent reels from left to right. The slot has a Return to Player (RTP) of 96.29%. Read on for more. Play'n GO has invested a lot of resources into designing a slot with amazing features. The game take players back in time and allow them to have an experience of disco music fever era. It is also designed with 243 different ways to win. It is easy and fun to play Disco Diamonds slot, just like other slots from Play'n GO. To play Disco Diamonds slot online, a player should be ready for a maximum win of 10,000x their bet amount. The minimum bet that a player can place on this slot is 0.1 while the maximum bet is 100. The slot is designed with a high volatility. The game is designed with win multipliers to help players win more from their bets. Disco Diamonds is designed with old school symbols. It has a total of nine symbols with the first five being cherries, lemons, bars, triple bards and double bars. The last four symbols are sevens, double sevens, diamonds and triple sevens. The game is also developed with wilds that allows a player to win more when they play Disco Diamonds slot online. Disco Diamonds Special Features The special features of this slot is partly due to the effort put in by the developer. The game is developed with the 80s disco dancing theme. This is coupled with the classic fruit theme. The game is also developed using the HTML5 technology that allows it to be played on tablet, desktop and mobile devices. It also has quality graphics. The game is also designed with amazing and special bonus features. It is developed with three bonus features that makes it exciting for players.The bonus features include free spins, Re-spins and the bonus wheel. The game's wild symbol is the disco ball which offers re-spins. The more the golden disco ball, the more the re-spins. There is a multiplier that increases with each re-spin. Disco Diamonds slot allows players to win free spins every time they play. The free spin feature starts with either five, seven, ten or twenty free spins. At time that the free spin feature occurs, the wilds are transformed into gold disco balls making it easy to trigger the disco re-spin. There is also a bonus wheel that offers a chance to win free spins or cash prizes.

Just like previous slots, Play'n Go designed Disco Diamond with some of the best features. The slot has five reels, three rows and 243 winning combinations. The slot also comes with good bonus features which include free spins, Re-spins and the bonus wheel. The good thing is that this slot can be played on both desktop, tablet and mobile phone devices.