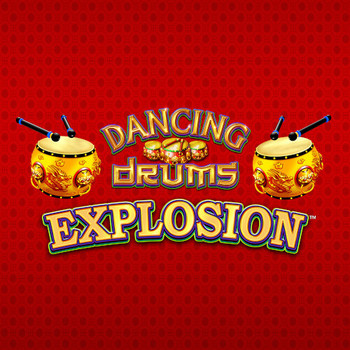 Dance to your beat in this slot with five jackpots, expanding reels, free spins features where you can choose modes for yourself and special wilds that double your winnings and jackpot prize. The reel is set in a 5x3 grid with a treasure chest full of gold coins above the reels. There are 243 bet ways in the base game which explode up to 32,768 during the Free Spins round!  Simply line up three or more matching symbols to form a winning combination. Bang the drum with a bet of  0.18 to 88 coins.

Five  fixed jackpots up for grabs - Mini, Minor, Major, Grand, and Explosion. Players can win any of the jackpots completely by chance when at least one wild lands at any time during the game. If that wild triggers access to the jackpot win, a new screen will appear with 12 gold coins.  It's a Pick ‘Em mini-game where players get to pick 3 identical coins. Flip the coin to see images of Fu Babies, each representing a different jackpot prize. The reels are filled with symbols where the Drum, which is also the scatter, has the highest value awarding a payout of 50x the bet for 5 on a payline. In descending order, other symbols are the Lion, Ship, Money Tree, Sycee, Gold Coins and the classic Royal icons. The Fu Bat and Golden Fu Bat are the wilds, and replace all symbols except the scatter. They only appear on the middle reels and activate jackpots. The Golden Fu Bat wild doubles all wins and the size of the jackpots. Trigger the bonus round by landing at least three drums or golden drums on adjacent reels, starting from the leftmost reel. Players get to choose one of five modes offering a different number of free spins and bet ways. Players are awarded anywhere from 3 to 15 free spins and a massive betways spread from 243 to 32,768 ways to win.

Register to Dancing Drums Explosion on Genting Casino, playable on your mobile, tablet or desktop. Set your spending limit and gamble responsibly.