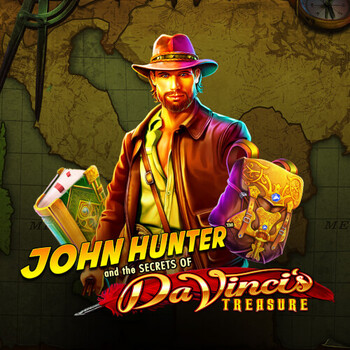 Produced by
Pragmatic
Pragmatic Play's Da Vinci's Treasure slot is a 5 reel, 25 payline game with a prize picker feature, Free spins with expanding multipliers, and a map quest bonus. The maximum win is 48,000 x your stake due to a potential 60x multiplier and is playable from 0.25 to 50 per spin. The RTP for this highly volatile slot is 96.53%. The winning combinations in Da Vinci's Treasure online slot are formed by matching three, four, or five symbols from left to right on selected paylines beginning with reel one.

Da Vinci’s Treasure is available at Genting Casino. The site offers a wide range of slots, table games, and live casino games. Genting Casino allows you to play wherever you are using any device. Da Vinci’s Treasure is a highly engaging game with excellent graphics. It is a game that can get really high on the rewards scale. We highly recommend it for high-rollers as well as new players because of the high entertainment factor it has.