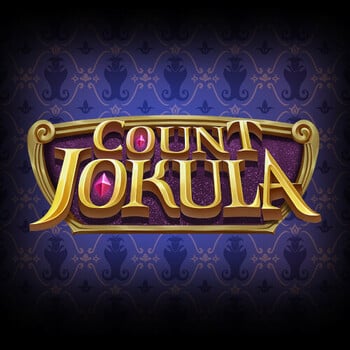 Produced by
Play N Go
The Count lurks in the dark, so enter this unsettling castle in the Play'n GO Count Jokula slot. As you spin for a maximum payout of 8,350 times your wager, use your imagination to its fullest extent. This slot machine has a medium level of volatility and a handful of fun bonuses like Respins and Joker Wilds that sneak up on you. The Count Jokula game may compete with other games on the market thanks to its action's traditional feel. Play Count Jokula for 0.05 to 100 per spin.

The most recent Play N Go slot, Count Jokula slot game, has three rows and three reels. Five paylines are available in the game, and to receive a reward, a payline must be completely covered by matching symbols.

Count Jokula slot online provides a wide array of fantastic betting options. The range of options, which can be acceptable for most sorts of gamers, goes from 0.05 up to 100 per spin.

There is a definite air of spookiness surrounding the Count Jokula online slot position. The game, though, seems to be just right for a Halloween-themed game. Animations, music, and background voices are blended with a dark-blue background that has a retro look.

The low-paying cherries, lemons, grapes, and plums on the paytable have values ranging from 0.4x to 1x the stake. Chalices, daggers, and bats are represented as premiums, which pay 1.4x to 4x the stake.

The wild symbol is the Joker, and it can be used in winning combos in place of all other pay symbols. Every time one of these unique symbols completely covers a payline, 50x the bet is paid.

Other lower numbers are accessible to operators, with the highest Count Jokula RTP rate being 96.22 percent. Players will experience modest volatility, with prizes coming seldom but at moderate worth. Last but not least, the highest payout is 8,350 times the stake.

The Joker Wild is sticky during respins after any victory with the wild on the second reel. The multiplier trail opens up during the respin, and any succeeding win causes a respin while raising the multiplier.

At the conclusion of the respins, the active multiplier, which has a maximum multiplier of x20, will reset.

This game has two bonus features, which isn't terrible considering how classic-looking it is. It's wonderful to have two additional features since many slots with a similar theme might just have one. The 2 games to enjoy in this Count Jokula slot machine are Shapeshifter and Respins of Evil.

When the Bat symbol appears on the reels during a losing spin, it transforms into the Joker Wild if it will result in a winning combination.

A free respin is offered whenever wins are made using the Joker Wild symbol on the middle reel. The multiplier trail that is visible above the reels is enabled for the respin, and the winning Joker Wild remains sticky. Another respin is started and the multiplier is raised if there is another win. The current active multiplier, which has a maximum value of x20, is applied to each win during the respins sequence. The multiplier will remain at that value for any additional wins in the sequence once it reaches x20. The multiplier is reset when the sequence is complete. Even if they are not used in any additional wins, Joker Wilds that land on the middle reel as part of a win remain sticky for the remainder of the respins sequence. If there are 25 successive respins, the respin sequence will come to a stop.

The Count Jokula is a rather straightforward slot machine overall, but it still has some strong extra features and substantial maximum wins of 8,350 times your bet. But don't let that number mislead you too much; it's incredibly challenging to attain. I spent a good deal of time testing this spot but had no significant wins. Despite the simplicity of the audio and pictures, I appreciate the effort put forward here. The song fits the topic well, and I like the addition of the symbol animations. Play Count Jokula and win big.