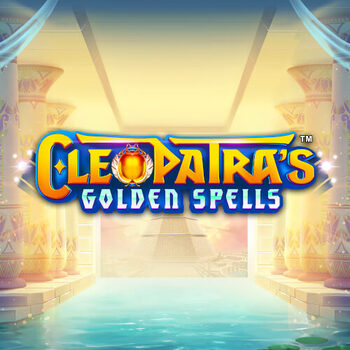 A so-called match-3 paying pattern can be found in the 5x6 slot machine Cleopatra's Golden Spells slot online. A vertical or horizontal cluster of three or more symbols appearing on neighbouring reels or rows will pay. The mechanics of cascading (Avalanche) is another crucial component. Winning cluster symbols vanish from the board, and are replaced by elements that descend from the positions above. As long as you keep getting fresh winning clusters, the process keeps going.

Cleopatra's Golden Spells is a medium-variance slot, per the official data. We find such information to be somewhat unexpected given how unpredictable the game appears to be. The paytable doesn't show much volatility, but the slot's features—random multipliers, a cash feature, and fixed jackpots—make it unpredictable. It's not difficult to picture a situation where a spin's return is 1,000 times greater than a roll's return. The payback percentage, which is an average indicator, is 96.16 percent.

The title of the slot makes it clear that it is about Ancient Egypt. With the serene light blue and golden tones and the background image of Cleopatra's Palace, the game appears sophisticated, if not luxurious. The icing on the cake is a melodious Egyptian score.

In the main round, there are 14 different symbols, 5 of which are unique components.

Each spin, the Cash Basket covers one reel spot beneath the grid and moves around randomly. The cash value is collected and paid if the basket is there when a Cash Symbol drops off the bottom of the grid. The maximum cash symbol value is 300 times your stake. When Cleopatra comes in the Cleopatra's Golden Spells feature, she will stay for 3 to 7 spins and award multipliers or golden cash symbols.

As uncollected cash symbols are added to the jackpots on the left, the jackpot function randomly activates. After selecting one of the 12 available tokens, you can win one of the four jackpots if you match three identical jackpot symbols. The small, minor, major, and mega jackpots pay 15 times, 40 times, 85 times, and 250 times, respectively, your wager.

When three free spins symbols appear anywhere in view, the Bonus Round begins, and the Pyramid of Fortune pre-feature appears. The pyramid is divided into four sections, each of which spins at the same time independently and awards the following:

You begin with the number of cash symbols you win from the pyramid, and like in the main game, more can naturally land. The win multiplier increases all wins, and four cash baskets cover all but one place. All scatters grant one more spin, and when your initial spins are complete, you are granted endless additional spins until all cash symbols have been eliminated.

Cleopatra's Golden Spells slot machine is a solid game. There are numerous opportunities to create winning lines both horizontally and vertically, making the ways to make winnings in this slot exciting. Only the largest regular win can be made vertically, filling every slot on a single reel with the same symbol types, as there are only 5 reels but 6 rows. This game is worth the go because of its features and rewards. Play Cleopatra's Golden Spells slot and win.