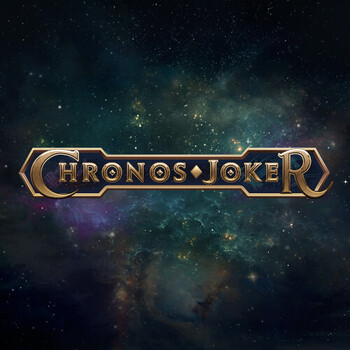 Produced by
Play N Go
Forget all you have ever learnt about time and space, and step into the world of Chronos Joker slot. This sci-fi-themed slot has been created by Play'n GO and offers players a portal into a multiverse full of possibilities. In it, you can activate a range of special features, including futuristic re-spins and out-of-this-world multipliers. 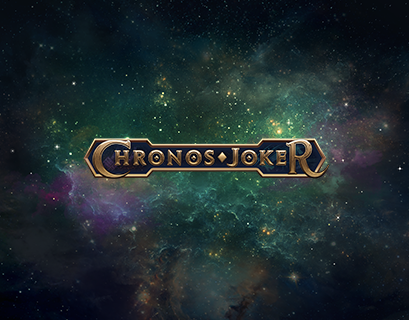 The Chronos Joker slot online is set in space, surrounded by galaxies and awesome flashes. Unlike the majority of modern video slots, there are only three reels, each with three rows. The game has a medium variance, with an RTP of 91.56%.

Journey through time
When you play Chronos Joker slot online, you never really know in which time you are in. The slot design is reminiscent of the classic fruit machine and includes four low-value fruit symbols. Four devices used for telling time represent the game's high-value symbols, but it's the joker symbol which is the most valuable. Landing three of this symbol on any one of the five paylines awards you with a minimum 16x your bet.

At the top of the slot, you will notice a blue bar with several multipliers displayed. With every spin, one of these multipliers can activate randomly, awarding you a special payout if a winning combination lands on a payline. The multiplier bar may turn to red at any time, giving you the opportunity to receive a Super Multiplier, where the potential payouts are doubled.

Past, present, and future
As you play Chronos Joker slot online you are likely to see stacked symbols. This feature can occur with any symbol, and it is possible to land double stacks of any symbol. If you land a double stack but don't get a payout, a re-spin is automatically triggered. Should a multiplier light up during this re-spin, you can activate one of the special features in Chronos Joker slot online.

Spins of the Future
This feature is triggered when the x2 multiplier is activated and awards you a series of re-spins until you get a win. With each re-spin, the multiplier increases until it reaches 10x, where it remains, until the end of the feature.

Spins of the Present
This feature is triggered when either the x3, x4, or x5 multiplier is activated. With this feature, you get re-spins until you land a payout, but the multiplier does not change.

Spins of the Past
This feature is triggered when the x10 multiplier is activated and results in re-spins until you land a win. With this feature, the multiplier decreases with every re-spin, until it reaches x2, where it remains until a winning combination lands on the slot.

As you play Chronos Joker slot with a Super Multiplier activated, these features can still be triggered, but each multiplier is doubled.

Explore the thrill of the unknown
The future is known to no one, but when you play Chronos Joker slot you're likely to enjoy it. Although payouts are not as frequent as you might like, landing the right combination of symbol and a special multiplier can result in a payout of up to 1,600x your bet. Moreover, the slot's great soundtrack and visuals provide an awesome experience, worthy of Chronos himself. Discover the unknown with Chronos Joker slot.