Play Charlie Chance and the Curse of Cleopatra 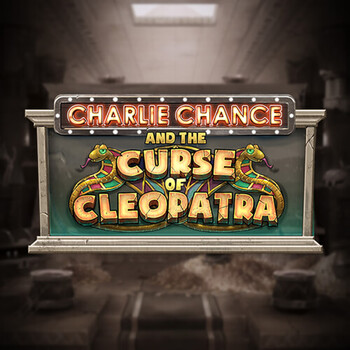 Produced by
Play N Go
If you are not familiar with "Charlie," then you might have to visit older slot games from the stables of Play'n Go. Acquainting yourself with the full story can be very pleasing in your journey with this. As it stands, Charlie is a curious fan of Pyramids and who gets the chance to finally see them. On his journey to visit the majestic tombs, he awakens the "sleeping" Cleopatra, who is very displeased with this. This is the backdrop of this intriguing slot that was created by Play'n Go.

About Charlie Chance and the Curse of Cleopatra

Now, let's get to see what the game is really all about.

An awakened angry Cleopatra vents her fury in cursing the careless visitor of her grave, giving him a difficult time. This game boasts of a number of special features, with special wilds, free spins, and cascading reels with win multipliers that increments. At first glance, we can observe that the slot mimics previous ones created by the provider, giving top-notch graphics and high quality gameplay.

Since the game is a 6x6 cascading reel slot, the win combination will be added to the value of your stake, but it will also explode giving room for more symbols to cave into the empty space, which will lead to the formation of new combinations. A win is awarded when 5 or more adjacent symbols are formed in a cluster. The pay is to the highest win in the cluster. Then the win symbols are taken out while new symbols cascade in to fill the spaces. Multiple clusters with similar symbols that are not connected get paid separately.

This is a feature that randomly triggers. A pair of reels lands having the same symbols, this helps to further create win combinations by the time new symbols drop in after a cascade reaction occurs. You might likely see a Charlie Mega symbol during this feature, falling onto the reels. Since this symbol is sticky, it would maintain its position, while destroying all low-lying symbols it comes in contact with, giving space for new symbols to come in place. This symbol will eventually turn to a Charlie Mega Wild, which will replace any symbol except for the scatter.

Charlie Chance and the Curse of Cleopatra Jackpot and Bonus Features

Except if you're a grid slot bruiser who needs a super tightly wound math model that is able to produce monumental wins, there is a lot to like when you play Charlie Chance and the Curse of Cleopatra slot online game.

Charlie Chance and the Curse of Cleopatra is a slot machine with an off-beat graphics and visuals; the flowing gameplay, and features that can be intermeshable, all make it easy to go with Charlie on his quest for riches and see where and how he wounds up.