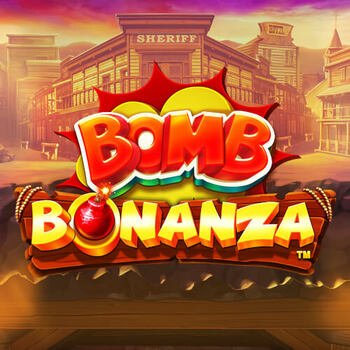 This Western mining-theme slot opens with our grinning bearded prospector casually holding a dynamite in one hand and a lighter in the other. On the left side of the grid is a box of more dynamite emphasizing  the explosive theme of the game. Bets range from 5 to 125 per spin.

Crossing the 5-reel, 5-row game panel are 50 fixed paylines for landing winning combinations starting with J-A card royals, worth 2-3x for five of a kind. Up from them are pickaxes, pans, sacks of gold, and the prospector, paying out 6 to 12x the stake for landing a five of a kind win.  Bombs are central to the action and represent the game's wild symbol, leaving the scatter as the final symbol. Bombs are wild and can substitute any regular pay symbols to help complete winning lines. In the base game, when a wild symbol hits, there is a chance it expands to cover more positions on the reels. Expanding wilds can be 2x2, 3x3, 4x4 or 5x5 in size. Wilds spread by moving in any of the four main directions (up, down, left, or right), so they may expand off the grid.

Three scatter symbols which land on reels 1, 3, or 5, win 6 free spins. A couple of things change in the bonus round, including moving the action into a mine. The other change is that nugget symbols can appear on the reels. When nuggets hit, they are collected on a meter located at the top right of the reels. Collected nuggets explode, and symbols cascade into the gaps. By collecting nuggets, players can move up levels to guarantee the size of spreading wilds. Levels two to five can have wilds expanding from 2x2 to 5x5 on the reels, and depending on the number of nuggets collected, one to four free spins are awarded. The maximum win figure is 2,000x the stake.

Register to Bomb Bonanza on Genting Casino, playable on all mobile devices.Check out your play summary to view your spending habits.