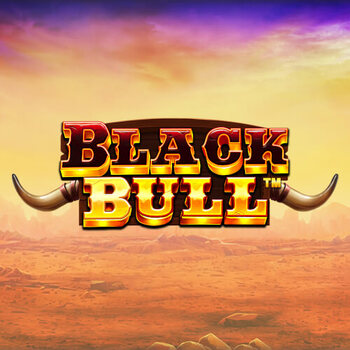 Produced by
Pragmatic
Featuring 20 paylines over 5x3 reels and a volatile North American animal theme, Black Bull game is a Pragmatic Play slot machine. In the base game, wilds amass money symbols up to 50x; in the bonus round, they amass in a cash pot. The maximum possible prize is 4,500 times your initial wager, and each wild that lands collects the current cash pot. Black Bull slot game has a return to player rate of 95.12 percent and high volatility. Play Black Bull for as little as 0.20 and all the way up to 100 per spin

Pragmatic Play, one of the most well-known names in the sector, is the company that created the Black Bull. A grid of 5 reels and 4 rows has been used as the game's foundation, and 20 paylines are used to form winning combos.

A minimum of three and a maximum of five identical symbols must appear left to right adjacently on a payline in order to receive a payment. The main bonus round is free spins with a chance to earn up to 4,500 times your wager by doing so.

The concept is portrayed in a similar way to how you could picture an enraged, muscular bull in a bullring. The bullring is visible in the game grid's background when the sun sets, which gives the scene an additional air of authority.

You can see other creatures on the reel set as well. Along with the fantastic visuals, there is also music that evokes the sound of a bull in the ring while you spin.

The value of the J-A card royals for a line of five identical symbols is double the wager. Then come the premium symbols, which include lizards, a horned animal, an eagle, a wolf, and a black bull as the highest paying one. A payline with five matching symbols will pay out anywhere between 4 and 25 times the wager.

The wild sign and the money symbol are the two unique symbols. The wild symbol can be used to replace any pay sign in a winning combination, while money symbols not only have values but can also start the free spins round.

The Black Bull slot online return to players is fixed at 96.51 percent, while the operators can choose from lesser percentages as well. With extreme volatility, the game may offer few but significant prizes. You can wager between 0.20 and 100.

Black Bull online slot has amazing bonus features that will help players to land more wins. The black bull is the top-tier animal symbol, paying between 4 and 25 times your wager for 5 of a kind wins. In addition to filling in for ordinary pay symbols to complete winnings, the money bag Wild sign also acts as the game's Collector symbols.

When gold coin money symbols (with values ranging from 0.5 to 50 times your wager) land, the cash payouts are only collected if at least one money bag Wild symbol is also present. Pure wild line wins pay the same as the top-tier black bull symbol, and all cash rewards are collected by each wild in sight.

Six free spins are given when six to eleven money symbols appear simultaneously, which starts the bonus round. By landing 12 to 17 or 18 to 20 money symbols, you can also get 8 or 10 free spins. The initial value for the feature is determined by adding up all of the triggering money symbol values to the right.

Each wild collector symbol that occurs will collect the whole accumulated value as a guaranteed win. During the bonus round, any money symbols that land is added to the accumulator. Additionally, for every six money symbols gathered during the feature, you receive +2 additional free spins.

Black Bull slot machine is a fantastic video game. Almost everything depends on the money collecting bonus round because you will still only receive top-up wins from the money symbols in the base game, if that. The 4,500x potential is the same, but it's important to note that the possibility of a win cap has increased. Playing this game is worthwhile. Play Black Bull slot and win.