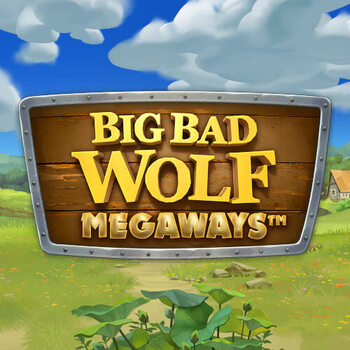 Quickspin's timeless classic Big Bad Wolf is back! Volatility is now greater, and potential has risen to another level of 30,540x. 2-7 symbols land on main reels and 4 on the upper reel, resulting in up to 117,649 ways to win. Lower versions are also available, so check the pay table before spinning!

The wolf is now the highest paying symbol - the red pig as the most popular symbol, paying 6 times the stake for a full line. The weatherboard-designed J-A card symbols are still worth 0.10 - 0.50x for six of a kind. Toolboxes appear on the regular wilds and replaces any paying symbol on reels 2-4.

Tumbles, also known as Swooping Reels, blows a winning combination from the reels. It helps the Piggy Wild feature. Every 2nd tumble in a sequence, one of the premium pig symbols turns wild. Like regular wilds, it appears only on reels 2-4. New spins revert to regular pays.

The Blowing Down the House Bonus Game is triggered when three Moon Bonus Scatters appear in the base game, awarding 11 free spins, a win multiplier is added to the game, beginning at x1 and increasing by +1 per win.

Moon Bonus Scatters will boost the multiplier, three scatters' awards three additional spins and increases the multiplier by 5. Six scatters result in an additional +3 spins and a +10-multiplier increase. Six or more scatters' awards +1 spin for each scatter collected. A bonus feature, betting 90 times the bet, players enter the Blow the House Down Bonus Game. It increases the RTP by 0.39 percent.

Set your gaming budget and register to Big Bad Wolf Megaway Slot on Genting Casino, playable on all mobile devices. Just make sure that you don’t play any more than you should in your quest to unlock rewards.