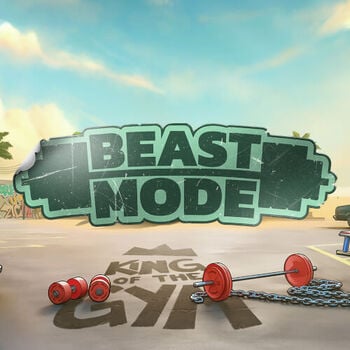 Take a trip on the wild side with us and see what you can discover. Relax and Casino Grounds' second collaboration takes us to the 1980s, muscling through Venice Beach. Players may walk with the lions and try their luck at pumping some weighty Iron all the way to the bank, which combines a fun animal theme with retro urban icons to create something very unique.

Beast Mode is set in the hazy late 1980s and early 1990s, where being 'cool' was everything and big muscles were a ticket to bitchin status. The colorful, fluro-infused visuals have an East Coast vs. West Coast vibe due to the LA inferences, and the soundtrack is pure retro wave that is so hot right now. Adding to an already highly pleasing package small details like the way symbols are sliced off the reels as they create winning combinations, as well as their accompanying sound effects produce an all-around feeling of satisfaction. The concept is just as creative as Iron Bank's, and the feel-good vibes are highly contagious.

Wins occur when at least three of a kind land from the left side of the board to the right. They are then removed, allowing new ones to cascade into the gaps and fire off successive rewards until no new win appears. The low-paying symbols are graffiti-style 10-A card ranks, worth 1x the bet for six of a kind, followed by kettlebells, roller-skates, dumbbells, ghetto blasters, and lions as the premium lot. A line of 6 high pay symbols lands you a win of 2.5 to 25 times your stake. It also yields a potential return to player value of 96.32% and is very volatile, which shouldn't come as a surprise.

Experience the mix of fitness and animal fun as you sign up for Beast Mode at Genting Casino, which is accessible on any mobile device. Set your gaming budget and play within your set limit.