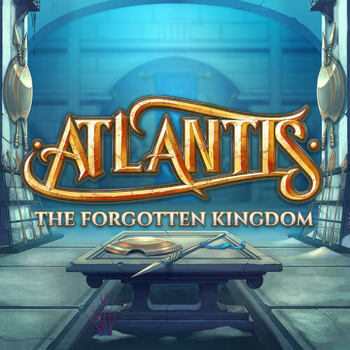 Produced by
Games Global
Atlantis: The Forgotten Kingdom is a slot game from Half Pixel Studio with a bonus reel that occasionally awards fully stacked wild reels with up to x4 multipliers alongside 5 options. The x4 multiplier mermaid wild and a 7,200x potential is the most volatile option.

About Atlantis: The Forgotten Kingdom

After releasing Retro Galaxy, their debut title, the Games Global partner, Half Pixel Studio, came up with Atlantis: The Forgotten Kingdom as their second release. This release took place after a year of releasing their debut title; this can mean they took time to develop something great.

The game is set in a perfectly crafted underwater world booming with life, with a soothing soundtrack to blend. The game revolves around 4 mermaid symbols which are also ably represented on the left side bonus reel. The game comes alive when you land 4 matching symbols on the reel, while the base game is played by a fully stacked multiplier wild. It takes a while between triggers and a longer time between bonuses. The audio and visual presentation looks more convincing than the actual features of the game, but it is a good try after all.

Although the 4 mermaid symbols can be stacked in 1x2 and 1x3 sizes, they land regularly as 1x1 symbols. They pay between 3 and 6x of your stake for a kind of 5, and each premium symbol can become wild in the feature.

The 1x4 bonus reel on the left-hand side spins horizontally each regular spin, and the result is frequently a mix of the four mermaids. The Wild Feature is triggered when four matching mermaids appear in all four slots on the bonus reel. Then, a stacked 1x3 wild will appear on a randomly picked regular reel, and wilds will substitute for all regular pay symbols. Furthermore, depending on the triggering mermaid, the stacked wild might have a multiplier of 1x, x2, x3, or x4. The warrior, adviser, beauty, and queen wilds have their own values and pay 15, 20, 25, or 40 times your stake for 5 of a kind wins. The embellished pearl scatter activates the Bonus Round when three appear in a row.

This leaves you with 5 options to select from as follows:

Half Pixel Studio did a great job in creating a compelling and enjoyable underwater experience in Atlantis: The Forgotten Kingdom slot online game. The graphics are almost as interesting as the gameplay.