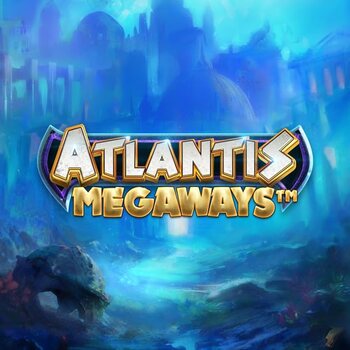 Produced by
Yggdrasil
Atlantis Megaways slot takes players into a mystic underwater adventure with beautiful sea creatures. In addition, it combines the Greek mythology and ancient cities. The slot game is highly compatible with different devices from desktop, tablet and mobile devices. In addition, get to witness the cascading reels and jackpot re-spin feature. Get ready to explore the Greek mythology in the slot game below.

Play Atlantis Megaways, a slot game with six reels and a varying number of rows. Furthermore, each spin has over 117,649 ways to win. The maximum win available at the slot is worth 2,000x your total bet. The slot game features a vibrant background for a complete gaming experience. The game setting is underwater while featuring several sea creatures as symbols.

Atlantis Megaways slot online theme includes a rush of vibrant colours. Also, it features an eerie soundtrack set with an euphoric and lifting tone. In addition, there is a wide range of symbols available. The symbols appear on the seaweed range from A, K, Q, J and 10 royals. Other represented symbols available include dolphins, seahorses, octopuses and a lionfish.

In addition, play Atlantis Megaways slot and get to search for the high-value symbols available. These high-value symbols include Poseidon, Greek god of the sea, and he is the most valuable symbol. Two, three, four, five or six in combination award a player up to two, five, 10, 30 or 100 times the initial stake. The wild symbol is the Greek temple symbol.

As part of a Megaways slot game, each reel displays between two and seven symbols. The more symbols appear on the reels, the more ways to win. The minimum winning ways start at 324. Get seven symbols on the reels and receive up to 117,649 Megaways. The winning formation is by landing two or three Poisedon matching symbols in any position on the reels.

Lastly, there is an innovative jackpot re-spin feature available. The scatter symbol within the slot is the treasure chest symbol. The jackpot re-spin feature gets triggered after landing on six or more scatters on the reels. In case a new scatter appears, they remain held with the re-spins until reset to three. The scatter symbols earn a bonus ranging between one to 100 times the initial stake.

Atlantis Megaways is an innovative Megaways slot that features up to 117,649 ways to win. The slot's storyline is unique while dipping into Greek mythology. The scene settings are pretty impressive using underwater sea creatures. Furthermore, three unique special features are included: cascading reels, jackpot re-spins, and Megaways. Dip into Greek mythology and try your luck today with this slot game.