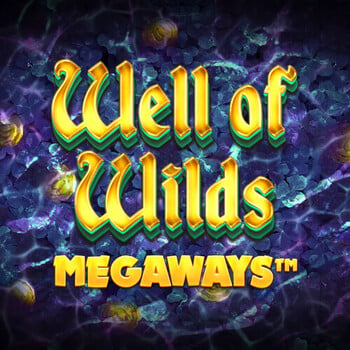 Produced by
Red Tiger
Well of Wilds Megaways is a sequel to the well-received Well of Wishes, it features considerable improvements in both gameplay and graphical presentation. The animated wishing well backdrop is top-notch, and the wild transformation feature is used prominently in this sequel.

About Well of Wilds MegaWays

The progressive win multiplier bonus round includes a coin collection system that activates 3 distinct modifiers, and the Well of Wilds symbols turn up to two symbol types wild on the same reel where they fall. This can result in rewards of up to 9,997 x your initial investment. Most Irish Luck-themed slots are packed with Leprechauns and several Emerald Isle stereotypes. As a result, seeing an Irish-themed game where all of that has been toned down is exceptionally nice.

While you wait for the Lucky Spins round to start, the game's Megaways engine, paired with Cascading Reels and wild modifiers, keeps the base game intriguing. Red Tiger has created a game with a solid mathematical model since both the RTP and potential are very suitable for this engine.

Lucky Coins appear on the four centre reels and act as wild symbols in the standard game. This means they can substitute for all regular pay symbols to help you form winning combinations, and the Well of Wilds modifier icon can appear on the middle 4 reels. When this happens, 2 randomly selected symbol types on the same reels are changed into wilds, potentially triggering a cascade of events.

The Cascading Reels feature removes winning symbols and replaces them with new or existing symbols that fall from above to fill the gaps. This is a typical feature in Megaways engine games, and it can result in limitless more wins on a single paid spin. When you land at least three Lucky Spin scatters anywhere in view during the same cascade, the Lucky Spins bonus round is started.

From a minimum of three scatters, you'll receive 9 free spins, with each additional scatter awarding +3 extra spins up to a maximum of 18. Every win boosts the progressive multiplier by one, up to a maximum of x40. Any symbol type that becomes wild will remain so until the feature terminates. Lucky Coins will continue to be wild, but they will now be kept in a meter above the reels whenever they land. To activate the Lucky Wishes function, you must collect 5.

Well of Wilds MegaWays slot online base game has enough features to keep you entertained, and the Lucky Spins bonus round is without a doubt the biggest attraction. Collecting coins thrown into the Wishing Well is awesome and the modifiers you receive can be really useful. Increasing the multiplier by two can take things to a whole new level, and extra spins and wilds can also help. The 9,997x potential is reasonable, and the Red Tiger release has an RTP of 95.67%.