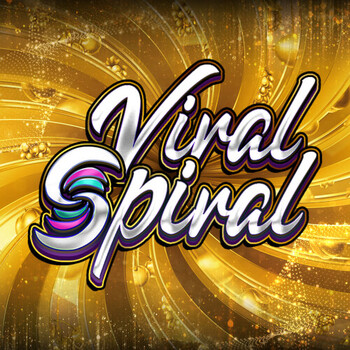 Produced by
Red Tiger
Viral Spiral slot machine because of its unique design resembles a raffle wheel prize or a roulette at first glance. Red Tiger once again launched a game with vivid visuals, remarkable animation, brilliant and vibrant graphics. The set was completed by its lively music as a soundtrack.. Traditionally, it may have come in a classic 3x3, 1 payline slot, however, there’s more to Viral Spiral online slot as you dig deeper in your gameplay over a default RTP of 95.69% to begin with.

Classic online slots display its layout of the number of reels and rows in a grid as you start the game, not to mention the various symbols in its reels. Viral Spiral slot online on the other hand, is designed as a spinning wheel in a raffle game or a roulette loaded with amazing features and bonuses including a 5,000x maximum win value per stake.

Viral Spiral slot game also comes in a wide betting range toptions starting from the lowest amount of 0.10 and can go as high as 100 as the maximum cost which is the first thing to do to start the game. Once the stake is chosen, hit the spin and win, or land nothing. It is highly volatile and the spinning wheel of different values and features is revealed in its 1 reel, 3 rows grid. Traditionally speaking, it doesn't come with reels, rows, and paylines, instead, a spinning reel in the centre displays a single symbol which is either a losing or a bonus symbol.

The game is pretty simple for when the spin button is hit, the reel spins with only two results to wait for - a Placeholder Symbol with no worth and use, and the Bonus Wheel Symbol which of course for bonuses. Red Tiger brought a combination of unique twists on the game’s visual elements which cries out for a good try.

Betting big and triggering the bonus features can land you the potential max win of 5,000x your stake and more with Viral Spiral game’s extra features:

This is the core feature of Viral Spiral and it is triggered if you land the Bonus Wheel symbol in the middle of the reels and it consists of 8 segments – 4 losing segments, 3 smaller prize segments, and 1 large golden coloured prize. This allows you a win from 15 times your stake to a jackpot of 5,000 times your stake in case the golden pointer lands on the golden segments of the wheel.

Also, winning segments are larger in size offering a 75% chance to play for the first Bonus Wheel spin while consecutive wheels have smaller ones offering a 50% chance to win.

If in the base game the Bonus Wheel symbol doesn't hit, you still have a chance for the reel to be Nudged and make the symbol appear to a Bonus Wheel access round.

The game offers up to 3 chances to bet all out which could multiply whatever you are winning or go home without anything. The wheel awards a minimum of 15 times the bet while the maximum reward is as much as 5,000 times your stake.

Play Viral Spiral slot in case you check in Genting Casino for some uncommon game that has an exceptional roulette-ing experience. As you play Viral Spiral, you will be captivated with its eye candy design and visuals brought to you by Red Tiger, not to mention its exclusive prizes and massive winning potential of 5,000x of your stake.