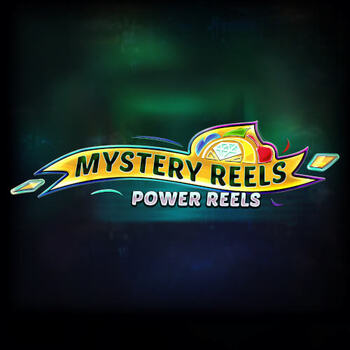 The Mystery Reels series is back from its 2017 iteration. Since studio Red Tiger expanded its titles. Two more which are a Megaways-based one and this one, the Power Reels version, was brought into the market. Mystery Reels Power Reels from Red Tiger Gaming is a 30-payline online slot game that features a generous top prize worth over 5000x the stake. Mystery symbols that appear in 2x2 symbols transform into other symbols. Win both ways on every spin by matching fruity favorites like cherries and watermelons. The Return to Player value of Mystery Reels Power Reels is 95.67%. A fair rate for balanced and more frequent wins. It also comes with high volatility. It provides a chance to land generous spins.

Mystery Reels Power Reels from Red Tiger Gaming utilizes a standard fruit machine theme. However, it sets itself apart from other fruit slots with its retro video game twist. The soundtrack has an 8-bit sound and arcade animations pop up whenever big wins land. Overall, it presents something unique at the same time,  great graphics. Setting an original game concept for any player to try out for themselves. Set in a 7x6 reel, the win lines can pay both ways.

Golden apples with a question mark on the center serve as mystery symbols. It can trigger complete at random or when at least one Mystery Symbol lands on the reels. A max of three Mystery Symbols can land during every spin. These symbols are assigned to three clones before spreading across adjacent reels. It creates a mega symbol then a matching symbol is revealed. With the right amount o luck, players can land a full screen of wilds to run up a top prize of 5,250x the bet. Mixing the retro look with generous wins! Spin now.