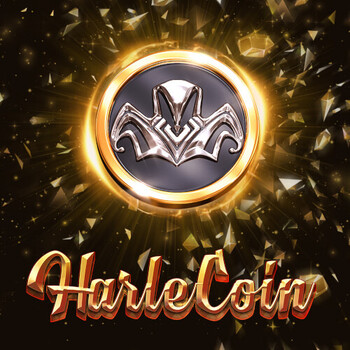 The Harle Coin Slot casino game is here to meet the high expectations of online casino gamers. Created by innovative gaming software providers Red Tiger, who have experience in online casino games and ensure all their games come with the guarantee of an awesome experience. It's a classically themed slot where the whimsical harlequins add to the mystery of the game. That said, this game offers players something else — harlecoins. Appearing as tiny overlay figures, the harlecoins, land on any symbol, including wilds. The harlecoins boost the value of the symbol they land on, regardless of whether they fell on the payline. When players play Harle Coin and land a winning combination, whatever is on the symbols board counts as the value of the winnings.

The most important symbol is the Wild, which can substitute any other symbol. The more harlecoins collected, the higher the value. Value range from 4× to 125× the initial wager. After use, the symbol value changes to 1× to 30× the stake. Players can play the Harle Coin slot online game on a computer, tablet, or phone which has internet connectivity.

In addition, the hit frequency is one out of five. This means that you can get a win 20% of the times you spin. Bets can be as low as 0.10 coins to 80 coins. Players play Harle Coin slot with three reels on the grid. Players can land different symbols offered on the grid and collect harlecoins to boost payouts.

A wild symbol can get up to 500× the wager. Other symbols boost from 20× to 250×. After a win in the base game, the symbol resets to the original value. For a player to win 25 boost spins, three bonus symbols have to be in line. On the bonus round, all paying symbols not at maximum level will land a harlecoin.

Symbols have changing values and can be boosted during gameplay. With the free spins, a player gets a chance to improve the symbols on the grid. At their highest value, the 7s offers players 250x their stake, while the rarer wilds land a payout of 500x their stake. The lowest paying symbol are the cherries which multiply the stake by 20.

This is a game that anyone does not have to put a lot of mental energy into it. As mentioned, players spin the reels in the hopes of increasing symbols' value and gaining harlecoins along the way. It is interesting to note that this game has been classified as a medium to highly volatile game, meaning wins come few and far between, but generally with a high reward.

Harle Coin has an interesting feature that will keep gamers coming back for more, and find themselves stuck between wanting free spins to trigger coins and collecting coins to boost symbol worth. For any player looking for a good casino game to play, Red Tiger's Harle Coin is worth a try. In fact, what are you waiting for to play today?