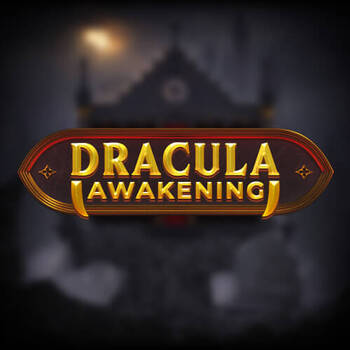 Produced by
Red Tiger
Dracula Awakening is one of the new slot offerings from popular developer Red Tiger Gaming. Inspired by Bram Stoker’s Dracula, this new release is available just in time for the spooky season. Using an innovative day and night slot mechanic the Dracula Awakening slot is set to be an exciting slot experience; here’s what we have to say about this game.

When you play the Dracula Awakening slot you’ll find an unconventional 5x4 reel configuration that caters to 30 pay lines. The reels are set in the mountains outside Dracula's castle, and players are only granted entry to the vampire's lair if they trigger the free spins bonus (but more on this later). The Dracula Awakening slot machine can be played on all devices including mobile phones and tablets and wagers start at just 10p per spin all the way up to £20 per spin. The return to player for the Dracula Awakening game is a little below the market average at 95.72% but this slot is a medium-to-high volatility game with a top payout of 5,317x your wager, so we can forgive this little discrepancy.

Symbols used in the Dracula Awakening slot game include the low-paying playing card symbols 10-A (which have been given a suitably gothic makeover), plus the premium symbols which are comprised of goblets, potions, golden jewelry, and one of Dracula’s brides.

When you play Dracula Awakening be on the lookout for two exciting bonus features. The first is called the Super Dracula feature which occurs when the game enters ‘night mode’ when this happens any Dracula wild symbols that are landed on the reels will become Super Dracula Mega Wilds that are 1x4 in size, to help you land a symbol win. If there are any lady symbols on the reels when a Mega Wild is on the reel, they will get bitten and become wild lady symbols; which we think is a nice additional vampiric touch.

The free spins bonus round of the Dracula Awakening slot online is called Eclipse Spins. This feature is triggered by landing three or more eclipse scatter symbols on the reels in any position within a single spin and can only be activated when the game is in ‘day mode’. Players will be given 7 free spins. During this feature, players will have a super Dracula Mega Wild in the center of their reel. When Dracula bits the lady symbols they will become wild as in the previous feature but will also become sticky and lock into place. Any additional eclipse symbols that are landed will award the player with an extra free spin.