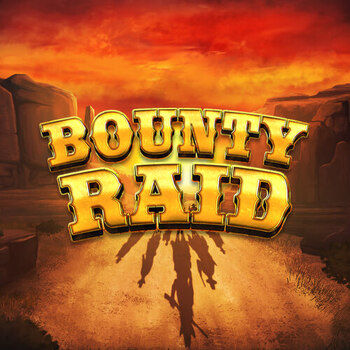 Who will join in the Bounty Raid? Will you go with the sheriff, bandits and bounty hunters? It will be an epic showdown in the west with this online slot game by Red Tiger Gaming. This is set on a 5 reel, 3 row play area with 10 paylines. Simple and direct to the themes of cowboys, the gameplay is very easy to understand even for first time players. With only the necessary buttons displayed, you are ready for a quick draw to set your bets and have the chance to make them bigger.

You can start to spin with a minimum of 0.1 up to 100, with up to 1022x the stake. Bounty Raid has an RTP of 95.71% RTP yet there are a number of ways to increase winning with the features and free spins. There is also an option for autospin to customize spin frequency and bet amount.

The playing card suit symbols like clover, heart, spade, and heart make up the basic or low value symbols. Then the next level symbols are also western items such as cowboy boots, a Stetson, a saddle and pistols. There are also the other symbols such as the 5 bandits, the bounty hunter, and the sheriff - who will put the bandits behind bars.

When the sheriff appears, he will collect the bounty placed on the bandits, meanwhile when you get the Bounty Hunter will trigger  a lock and spin respin feature where the bandits and gold coins can bring incredible rewards. The most coveted symbol in the game is the chest full of gold which can payout up to 80x the stake as it appears up to 5 times across the payline.

Bounty Raid is like a great chase between the sheriff, bandits, and the bounty hunter. Each having their own goals, yet will also depend on their luck on who can get away or be caught red-handed. But the most important thing at the end of the day is the player winning the bounty at the end.