Produced by
Play N Go
Holiday Spirits slot is a Christmas-themed game. It features the story of Scrooge who is visited by three ghosts during Christmas revealing his past, present and future. Ebeneezer Scrooge is the Wild symbol of the slot, which is also the best paying symbol in the game. Since it resembles the Christmas festivities mood, players enjoy plenty of festive cheer and Christmas carols. 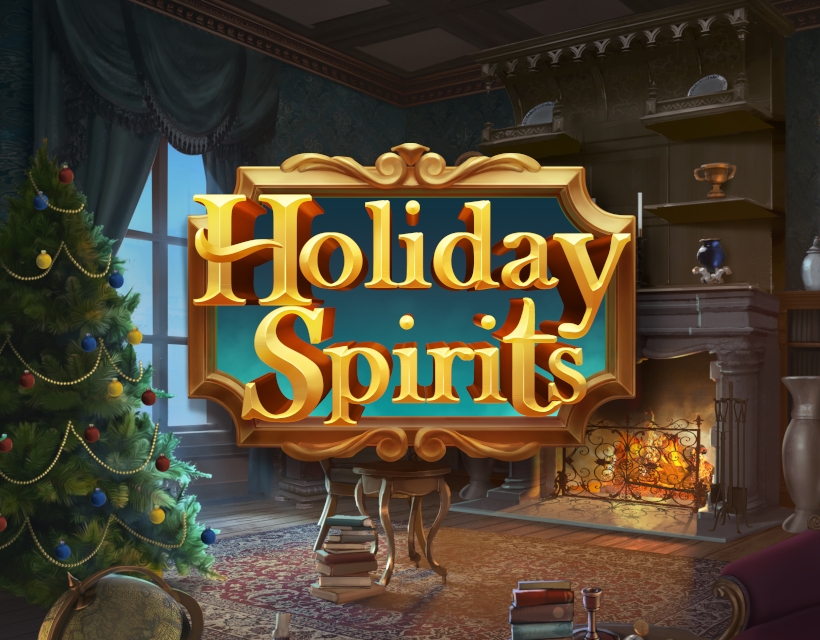 Holiday Spirits embodies custom-made symbols including a well-decorated Christmas tree and snow globes to represent the Christmas theme. It features a 3x3 grid which in turn provides 5 fixed paylines. Further, it has the Ebenezer clock multiplier. To play Holiday Spirits slot using this feature, players have to focus on the clock which activates randomly. Once it's activated a multiplier is applied to any win. Holiday Spirit features a myriad of other components for the players. It features the Ebenezer gift that enhances its effect especially if it lights up simultaneously with the clock. Subsequently, the game is rated 6/10 based on its friendly and forgiving nature to players as compared to other Play'n Go features. Further, it is easy for players to play Holiday Spirits slot online. In enhancing the online accessibility of the game to players, the game carries inbuilt unique components that support this. It features bets from 10p to £100 per spin which makes it convenient to play Holiday Spirits slot online. Further, the RTP of Holiday Spirits is 96.54% and features a medium variance. Additionally, the maximum win is 1600x the bet or £160k for players betting the maximum. Holiday Spirits "Win Spin" The Win Spin, which is the special feature of the Holiday Spirits game, is triggered when two reels are stacked in one symbol simultaneously on a non-winning spin to act as an active multiplier. Though the two reels are locked, other spins will occur that may lead to a win. A win is guaranteed when the right multiplier combination or symbols are used The Win Spin entails a different branding supper spin that makes the game effective. The alteration on the feature allows players to have a maximum win of 1600x the stake. Consequently, in instances of two locked reels, the player has the option of activating the Win Spin of Christmas future, present or past. These features allow a player to respin until they win. The Win Spin of Christmas future, Christmas present, and Christmas past entail different kinds of multipliers that get the player free spins. For the Win Spins of Christmas future, the multiplier is x10. For Christmas present, the multipliers are x3, x4, or x5, and for the Christmas past is x2. The respins give players an opportunity to respin until they land on a winning combination

Holiday Spirits-Play'n Go presents a Christmas themed game that gives players an opportunity to usher in the festivities in advance. The features, including stacked symbols, lead to more wins if the correct multiplier or symbol is used. The multipliers including the Win Spins make the game enticing and render the slot not so simple. Join in the fun and discover more of Holiday Spirits at Genting Casino.