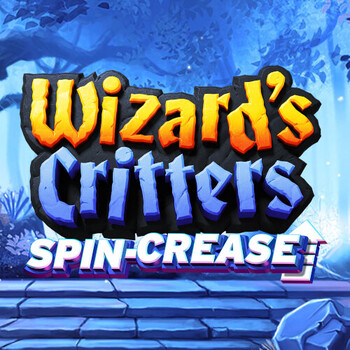 Produced by
High5Games
Wizard's Critter slot is a video slot created by High 5 Games. It's a provider's Spin-Crease game in which players enter a fantasy realm. Tumbles, Double/Triple/Quadruple Symbols, Free Games, and Persistent State are all included in Wizard's Critters slot game. The Wizard's Critters is a five-reel, 20-line slot machine with a betting range of 0.20 to 200.00 per spin. Wizard's Critter game is a medium variance game, with a payback rate ranging from 92 to 97 percent when all symbols are unlocked.

High 5 Games' Wizard's Critters slot online features cartoony and magical images as well as animations and visuals. The blue background resembles a winter paradise in which the critters are having a blast. The audio that comes with the game is a fantastic match for the slot's magical atmosphere.

Wizard's Critters slot machine has a 5x3-reel structure with 20 paylines, as well as Tumbling Reels, where all symbols in a winning combination vanish and empty spaces on the reels are filled as fresh symbols tumble down. The process is repeated if any new combinations are formed. The reels will continue to tumble until no more winning combinations can be found. Wizard's Critters has various exclusive to High 5 Games features, such as the Spin-Crease feature and the upgrading Triple and Quadruple symbols.

Wizard's Critters online slot is a high-variance slot with a 97 percent RTP. The game includes several unique characteristics that make for exciting gameplay. It's a visual masterpiece with some unique aspects that get more interesting the longer the game is played.

There are also scatters and wilds to be found in the game. Three scatter symbols on reels 1, 2, or 3 will activate 11 or 12 free games, respectively. A different set of reels is used in the free games bonus round. The stake per line remains the same as it was when the bonus round in the basic game was triggered. It is a one-time use feature that finishes when there are no more games available.

Whenever gamblers play Wizard's Critters slot, they will notice a unique gameplay and bonus features.

The Spin-Crease feature allows players to unlock the Triple and Quadruple symbols. The game improves as the time spent playing increases. The Spin-Crease function enhances the game by raising the total amount of bets, as shown on the left side of the reels. Some of the symbols will be unlocked and displayed immediately on the reels as the total amount of wager in a player's account accumulates over all sessions. These symbols are more valuable than the fundamental symbols that a player receives when they first begin playing the game.

Wizard's Critters slot machine is a good game to play. It may appear difficult, but it is a simple game. A wonderful aspect of the game is that cartoon dragons appear individually, doubled up, in triple forms, or four to a symbol position as a wild wizard works his magic to complete wins. Wizard's Critters can also pay out up to 5,712 times the bet, which is reason enough for gamers to check it out. Play Wizard's Critters and win.