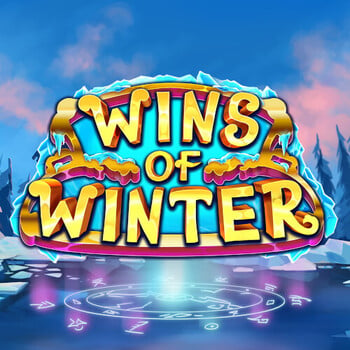 Produced by
Relax
You play Wins of Winter on a 5-reel game panel with a 3-4-5-4-3 layout. It has 20 fixed paylines that can land combinations of 3 to 5 of a kind. The RTP for Wins of Winter online is 96% which is the market average for online slot machines. The maximum possible while you play Wins of Winter is 5,000 times your stake. This is a high volatility slot which is preferred by a good number of slot players because of the chance at landing a large win while there may be stretches of non-winning spins. It is playable between 0.20 to 160. This betting range is wide enough to cater beginners up to high-stakes players.

About Wins of Winter

Starting the Wins of Winter Edition game only requires you to assign a bet with the help of the plus and minus button for the bet. When changing the stake, Frozen frames, Golden frames, and the Progression metre are saved at each bet level.

The low pays in Wins of Winter Edition slot machine are 10-A card symbols, which are worth 0.75 to 1 times the stake for five of a kind, followed by purple gems, green gems, yellow gems, red gems, and a wizardry chap as the high pays. A five-of-a-kind hit is worth 1.25 to 3.5 times the stake. Wilds are also present, but only in the form of the Winter Wild feature. A wild's primary function is to replace any regular pay symbol. Wilds can appear on any reel and pay up to 3.5x the bet for a five-symbol win composed entirely of wilds.

When a Snow symbol lands in the Wins of Winter Edition online slot, it freezes the position it landed in. It is possible that the Snow symbol will randomly transform into a Golden Snow symbol, leaving a Golden frame in its place. On the next spin, positions with Golden frames transform into wild symbols. All adjacent cells with Frozen frames, as well as the position next to them, become wilds. Both frame types are retained on the reels until used in a Wild transformation.

In the base game, chests appear on the rightmost reel. When one lands, it either adds 3-6 points to the Progression metre or randomly places 2-4 Frozen frames.

The bonus game is triggered by landing three bonus symbols on reels 2, 3, and 4 during the base game. 9-18 clicks are awarded here. Players can reveal values ranging from 0.5 to 20 times their stake by clicking. Before being awarded, cash prizes are added up and the bonus game multiplier is applied to the total.

Wins of Winter is playable at Genting Casino. The site contains a wide variety of slots, table games, and live casino games. Enjoy these titles at the comfort of your own home while using any device when you visit Genting Casino online. Wins of Winter is a game we can recommend to new players and even long-time slot players looking for a unique game. The setting for the reels are unusual but this does not stop the game from being possibly rewarding and exciting.