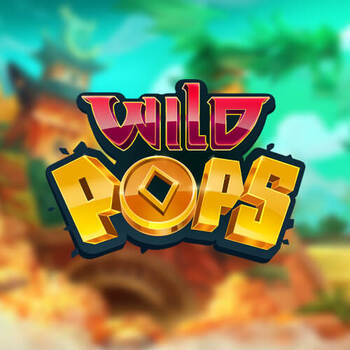 Hop on the other side of the slot gaming world and experience some genuine Eastern-themed game of luck by playing WildPops! Filled with bright-colored reels and Asian-inspired icons, WildPops certainly lives up to the standard of classics with refreshing twists and features to look out for.

WildPops is played on a default 5-reel, 3-row mode with 486 win ways. However, this can max up to 33,614, including both ways, when reels expand to 7 rows in total. The gaming area sits on a blurred background with a daylight green feel and intricately-designed Asian icons on the reels.

WildPops is playable from 20 p/c to 50 per spin with high volatility and a theoretical RTP valued at 96.8%. Among the pay symbols are the 9-A royals in a screen print style for the lows and seven different Asian icons for the highs. In addition to these, a super high symbol may also be spotted on the reels pictured by a ghostly blue dragon that can rake up to 30x the stake. However, this super high symbol does not land organically and only appears as a result of popped symbols.

In order to secure a win, players must land at least three matching symbols left to right, or right to left from the first or last reel. These winning sets trigger the inclusive symbols to continuously pop and make way for new icons to land on the respective reels until no new matching symbols appear.

While the expanding reels are a great feature on their own, WildPops keeps a few more under their sleeves to keep the players entertained. Among these is the Multiplier Meter found next to the reels and the Random Wild Feature that randomly adds 2 Wilds on the reels every three wins.

Watch out for these fun slot features and more by registering to WildPops on Genting Casino. Remember to set a strict gaming budget and play responsibly.