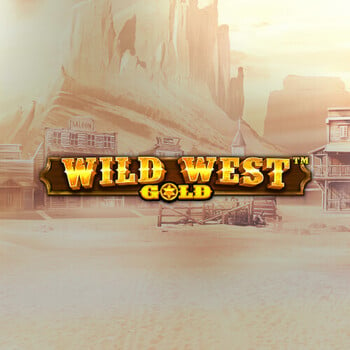 Produced by
Pragmatic
Join the cowboy bandits in the Wild West Gold slot, a fascinating release from the developers at Pragmatic Play. This game takes players to the western American frontier where gun blasts are a normal part of life. Although a highly volatile adventure, it comes with bonus features that are as thrilling as they are lucrative. They include scatters, wilds, Free Spins, and the Multiplier Wilds feature.

Go on a cowboy adventure with the Wild West Gold slot

Players can play Wild West Gold video slot on a gaming grid that offers 5 reels, 4 rows, and 40 paylines. The RTP rate is 96.51%, which is quite reasonable and about average for a standard slot machine. In terms of volatility, this game is at the extreme high end. This means that one should expect lengthy dry spells during gameplay.

Players can place stakes on Wild West Gold slot online with a minimum of 0.20 coins and a maximum of 100 coins per spin. Like most games from Pragmatic Play, it has options for setting autospins, quick spins, as well as loss/win limits. The maximum win is 6,750x the stake. Most players will get good returns from the Free Spins feature.

The game utilises a Wild West theme and is set in a dusty town in the American wild west. On the reels, there are A to 10 royal symbols alongside sacks of gold, pistols, 3 cowboys, and a sheriff. In addition, players will also hear a honky tonk-style soundtrack blasting away in the background as they play Wild West Gold slot.

Although not overloaded with bonus extras, the game has more than enough to keep things exciting. Players should watch out for the wild symbol as it can trigger the Multiplier Wilds feature when it appears on the grid. The symbol offers a multiplier that can boost payouts by up to 5x. Therefore, landing several wilds will increase the multiplier values hence leading to bigger payouts.

There is also a free spins feature that activates when the scatter lands on the reels during a spin. Consequently, 8 free spins will be awarded. When the free spins are running, sticky wilds can appear in the middle three reels and lock in place until the end of the feature. This occurrence can greatly boost the winning potential of the game.

What is great about this game, is that multiplier boosts can also come into play during the free spins feature. Apart from that, the gold sheriff’s badge can join the action by appearing on the grid. Landing several such symbols in the same spin will bring about a re-trigger of the free spins feature. For five symbols landed, 20 extra free spins will be awarded.

Players will find plenty to enjoy with this slot machine. The game has portrayed the wild west theme perfectly and the accompanying soundtrack makes things even better. Feature-wise, the multipliers boost the winning potential — especially when they come into play during the free spins round. Players should proceed carefully though as the Wild West Gold video slot is highly volatile. Are you ready for the Wild West?