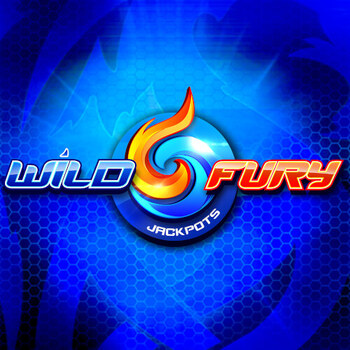 Produced by
IGT
It is high time you unleashed your inner dragon. Embark upon a rip-roaring adventure, where dragons of fire and ice, flaming fireballs and dragon tails bestow white-hot bounties on those who dare to spin the reels.With five reels and 10 paylines, Wild Fury Jackpots features Stacked Wilds, where gold and blue dragon animations glide across the screen when eight or more Wilds are awarded.

Wild Fury Jackpots slots includes a free game bonus, where you can ascend the five-level 'jackpot ladder' and gain eligibility to larger jackpots with every Wild symbol that lands. There is monstrously good fun to be had with its single and double Level Up symbols, and free spins.The reels contain six gemstone symbols as well as fire and ice dragons. When the fire and ice 7s symbols land, they pay one, three and 10 times your stake if you land three, four or five on a pay-line.

The flaming fireball is the game's Wild. This spins in stacked formation and substitutes for all other symbols apart from the Scatter, represented by the dragon's tail. When eight or more Wilds appear on a single spin, you will unleash the gold dragon - the ice dragon appears when you get 10 or more Wilds.

Wild Fury Jackpots online also comes with a Free Spins Bonus feature, which is played triggered when three dragon's tails Scatters on the same spin land in any position on the three middle reels. At that point, the anticipation may get you hot under the collar, as you then spin the wheel to see whether you have won 10, 15 or 20 free spins.Look out for the +1 spin symbol appearing during the feature, as it gives you an additional free spin - there are up to 100 free spins to be played with in total.

Once in the Free Spins Bonus feature, the more Wilds you collect the higher up the Jackpot Ladder you will climb. To help you, you will see single and double Level Up symbols, which increases each jackpot. These searing hot jackpots can be increased up to 10 times, meaning the top jackpot is worth 2,000 times your stake.If you combine this with the wins from each free spin, there's a cool 14,250 times your stake to be won. In the base game, you can win up to 500 times your stake on each spin - that's enough to give anyone a warm glow!

Wild Fury Jackpots slots, is hot enough to give the most seasoned player chills of excitement, yet simple enough that novices can end up with sizzling payouts. And what's more, you can now play Wild Fury Jackpots slots online on desktop, tablet or on mobile devices. Unleash your inner dragon. Let us hear you roar!