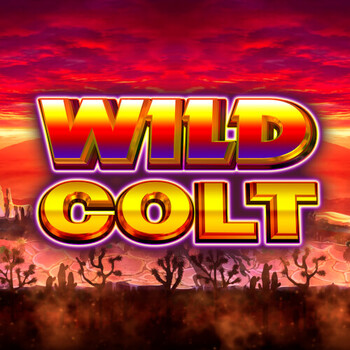 Produced by
Spearhead
Wild Colt slot is a slot game created by JVL . Wild Colt is a 5x4 slot with 40 lines, featuring stacked wild symbols, and free spins with additional stacks of wilds. High-rollers and low-rollers alike can enjoy a betting range of 0.40 to 100 in this game. The game is set in a red-hot desert while the symbols rests on complimentary golden reels giving players a vintage vibe of land-based casinos. Wild Colt game has an RTP of 96.01 percent.

JVL invented the slot game Wild Colt slot game. Wild Colt slot online is a 40-line, 5x4 slot with stacked wild symbols and free spins with additional wild stacks. This game offers a betting range of 0.40 to 100 for both high and low rollers. The game is set in scorching desert graphics, with symbols resting on matching golden reels, giving players a retro casino feel. Wild Colt has a 96.01 percent RTP.

Players will encounter a straightforward IU whenever they play Wild Colt slot which is a land-based theme slot. Here's a quick look at the rules of the game.

The maximum win from a single game in Wild Colt is 120,000.00. If the maximum win is achieved during the gameplay. The game will end and the highest possible win will be granted.

Wild Colt slot machine has a land-based theme, a vintage vibe, and is a straightforward game. The base game is fun to play but the bonus features are even better. With its simple feature, wins are inevitable as it gives players more spins.

When three or more Wild Colt logos appear on the reels, free spins are awarded.

Free spins use a different reel arrangement than standard games.

Additional HORSE appear on the reels during free spins.

2X total stake and 5 free spins are awarded when 3 scattered LOGOS appear anywhere on the reels.

Free spins are played on the same lines and with the same bet per line as the base game.

During free spins, three dispersed LOGOS in any position on the reels awards a 2X multiplier.

5 more free spins and a gamble

When a stacked wild symbol appears on the reels, it might span the entire reel. They usually come in groups of two, three, four, or five symbols. Some slot games allow you to acquire stacked wilds on every reel, while others only allow you to get them on specific reels. If players land a 5, 4, or 3 in Wild Colt, they will receive a payout of 1000, 200, or 50 coins. The Wild Colt logo can also trigger free spins with scatter payouts.

Wild Colt is one of the many games available at Genting Casino. Wild Colt is a pretty solid game for a vintage one. Its 96 percent return to players rate can land gamblers decent wins in just a few spins played. The stacked wilds and extra wilds feature is also a generous gesture from the developers of the game. Players should check Wild Colt as it is a rewarding game up to 120,000. Play Wild Colt and win.