Play Who Wants to be a Millionaire 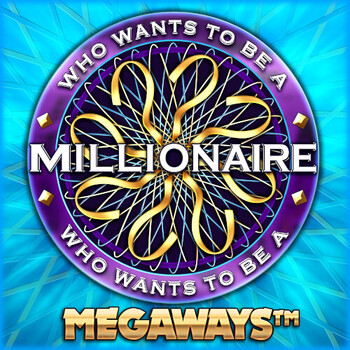 Produced by
Big Time Gaming
If you're a lover of Who Wants to Be a Millionaire?, you'll be pleased to learn that the slot game has made its way into the casino. Big Time Gaming is the brain behind the release of the Who Wants To Be A Millionaire slot. The six-reel video slot game benefits from Big Time Gaming's Megaways game engine, with cascading reels.

Since the news of the game's release found its way to us, we've waited patiently to see what Who Wants To Be A Millionaire will look like, and we were not in any way disappointed. The original atmosphere of the show has been transferred successfully to the slot game.

There's a free spins feature with a hot seat and increasing multiplier, where players can win up to 50 free spins. Players can play Who Wants To Be A Millionaire for $0.20 for a spin. The 2018 version of this game will take players to a studio where they'll battle for ultimate prizes, just like in the reality show that you watch on the television.

The Who Wants To Be A Millionaire slot online symbols populating the reels are not very theme-related, apart from the millionaire logo, which serves as a scatter that activates the free spins feature. The wild that replaces all regular symbols is a question mark in a rippling circle. Players who have played Bonanza will find the rules of the video slot game easy to understand.

Who Wants to be a Millionaire Special Features

The free spins feature is available in the Who Wants to Be a Millionaire video slot game. To trigger this feature, players must get three millionaire scatters on the game reels and receive eight freebies. After this, they may have the opportunity to gain access to the hot seat and make an attempt to provide answers to questions for additional free spins.

If they're able to provide correct answers to all the questions, they'll stand a chance to win up to 50 freebies. Just like in the reality show, players can use the three lifelines (50:50, phone a friend, and ask the audience) to get the right answer for the questions. They can also walk away if they're not certain about the answer.

The slot game has an unlimited multiplier that increases by 1x after each winning combination. This could land players big payouts if they're able to boost the multiplier. The scatters only appear on reel seven during freebies and can lead the player up to eight additional free spins. Players can expect the largest payout during the game's free spins features.

Who Wants to be a Millionaire Jackpot and Bonus Features

Just like the award-winning reality TV show, the slot game is exciting ,too. Big Time Gaming did a great job by transferring the exciting atmosphere of the show into the game. Free spins and hot seat features that boost players' winnings are available. In general, we can say that the game is worth playing, considering the fun and possible big payouts.