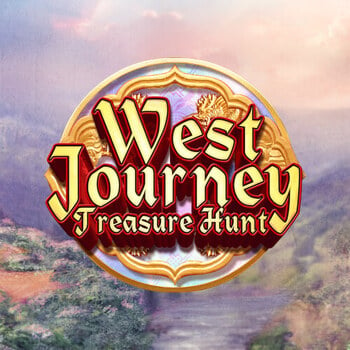 Prepare to Embark on a journey of the self and enlightenment with West Journey treasure hunt. Based on one of China’s great novels, and the adventures of a monk and his three guardians was also later transformed  into a famous Television series Monkey.

Wild Path offers players the chance of getting two to five wild symbols on a payline and the chance to win 500x your line bet when you line up 5 symbols. The Path of Enlightenment is what really players would want to get on. This part triggers free games with the possibility of the multiplier feature and the super stacks wild feature to follow. The Multiplier Feature of course multiplies the prizes, but a 2x to 8x prize multiplier will be applied to all prize lines that contain the trigger symbols once the West Journey logo or Any of the Characters appear on 3 or more consecutive reels. The Super Stacks feature lets you pick one of the triggering Scattered Shield to reveal either a West Journey Logo or one of the four Characters. This symbol will replace all the stacked symbols before a spin which gives you the chance of being awarded amazing multiple wins.

The game offers 5 line options and line bet options ranging from 0.01 and up to 10. Maximize your enlightenment and bet wisely and to your comforts.