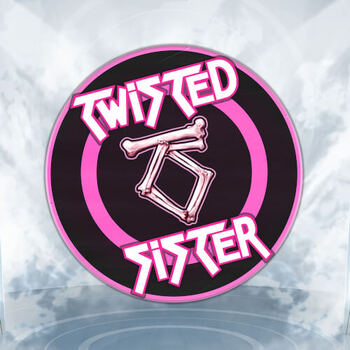 Based on the 80’s heavy metal rock band, Twisted Sister, get ready to rage against the machine in this slot packed with explosive features.  Fill the Guitar Charge Meter with modifier wins, then rock on to the Angry Dad Meter where wins are amplified with a multiplier.   Bets start 0.10 to 100.

Towering amplifiers flank the 6x6 grid where five band members of Twisted Sister make up the premium symbols. Dee Snider, the lead member with blond hair is the highest paying symbol while Angry Dad is the wild scatter.  Wins are formed using a cluster pays system where landing 5 or more symbols either horizontally or vertically award a payout. Winning symbols are removed from the grid allowing new ones to fill the gaps. Multiple clusters can be formed on a single spin and cascades continue until there are no more wins.

Amplifying the effects of clusters is a range of modifiers. Scream destroys all of the non-band symbols while Go Wild turns the selected symbol type into wilds.  Unite transforms symbols into the selected symbols. To the left side of the screen is a Guitar Meter. All winning lines with a band member symbol fill the Guitar Charge meter by 1, holding up to 15 charges. Band features are unleashed when there are at least 5 charges in the meter. One band member is randomly selected with all symbols carrying the benefits of the modifiers collected. The Angry Dad Meter has 4 segments that are filled whenever an Angry Dad wild scatter is part of a win. Activate the We’re Not Gonna Take It feature when the meter is filled. Additional scatters overcharge the meter and bumps up the win multiplier by +1. A new round begins with a 2x2 Mega Band symbol bumping off the Angry Dads. The round continues until all the Angry Dads are taken out and there are no more wins.

Register to Twister Sister at Genting Casino, available to play on any device. Always set your budget for the session and never stake more than you can comfortably afford to lose.