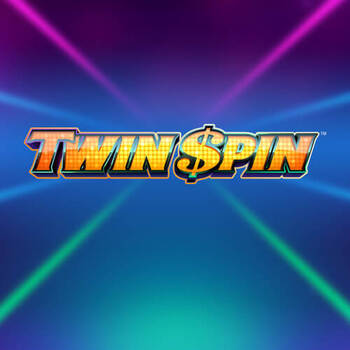 Produced by
NetEnt
The Twin Spin slot was inspired by the classic land-based casino games based around fruits, BAR symbols, diamonds, and lucky 7 numbers. Every spin of this slot game comes with two adjacent and identical reels that are linked to one another. Hence, the name Twin Spin. This video slot has a unique bonus feature and a smooth jazz sound to go along with its gameplay.

Step Into the Fun with Twin Spin Slot

This video slot features 5 reels and 3 rows with 243 ways to win. In addition, this slot game offers players an RTP of 96.6%. Also, this slot game is a medium to high variance game with a jackpot of 1000x your stake. Players can play Twin Spin slot with a minimum coin size of 0.01 and a maximum of 10.

Twin Spin slot online is not for players that want to trigger different bonus features. This is because the slot game does not have free spins or different bonus rounds. However, the game comes with plenty of Wilds as well as the Twin Reel feature. The paytable of this slot displays the symbol values in coins. The diamond is the highest paying symbol.

The theme of this video slot combines a classic casino game with modern graphics. The backdrop of the game is dark blue with other blends of colours like green, magenta, blue and more. This game features some vintage symbols that can be found in land-based machine slots. Also, players can play Twin Spin slot on their mobile and desktop devices.

The Twin Reel Feature is the main bonus feature of the game. On every spin in this slot game, two identical neighbouring reels are joined to each other. When the players spin the reel, the double reels can extend to form three, four or even five matching reels. The identical twin reel can appear adjacently on any of the reels in the slot game.

Players can identify which of the five reels are identical by the red light blinking behind them when they start spinning. Also, this bonus feature offers players a huge payout when they land the winning combinations. Although there are no other free spins in the game, the Twin Reel feature makes up for that. However, players can check out the bonus features of the casino for free spins.