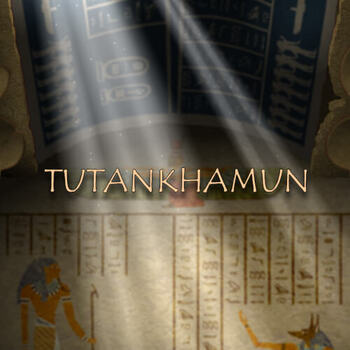 Produced by
Realistic Gaming
Take a trip to Egypt with the Tutankhamun Deluxe slot, an April 2018 production from Realistic Games. Incorporating an Ancient Egyptian theme, this game takes players to the land of the Pharaohs to solve the puzzles of the pyramids. Along the way, wild symbols plus win multipliers appearing on the reels can lead to a jackpot of up to £60,000. 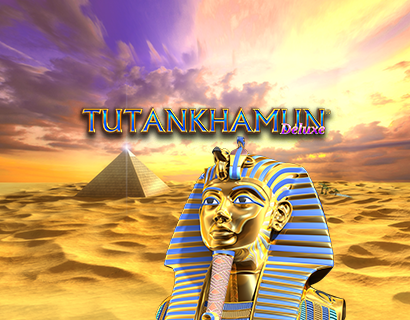 Get ready to tour the land of Pharaohs with Tutankhamun Deluxe

Players can play Tutankhamun Deluxe slot on a 5 by 3 grid with 20 paylines. The RTP is 95.42%, which is just about the average for a slot machine. Realistic Games have developed the game with the newest HTML5 design. Therefore, it can be played in both portrait and landscape modes, on mobile devices as well as on desktop computers.

Tutankhamun Deluxe slot online is available to play with as little as £0.20. For players who love chasing big wins, a maximum bet of £30 is available. The paylines on offer are not fixed, so adjustments can be done. In addition, there is an Autoplay Feature just like in many other slot games. Here, players can choose up to 100 autospins.

The slot game comes with an Ancient Egyptian theme and design. The reel-set is enclosed in an arcade-like console which is flanked by two Pharaohs. The interface includes buttons to mute the sound at the bottom and links to the game's information on the left. Additionally, players will hear a complementing soundtrack in the background when they play Tutankhamun Deluxe slot online.

Players should look out for the bonus symbols as they are the highlight of the game. There is a wild symbol which is represented by Tutankhamun's mask. This symbol replaces all standard symbols apart from the scatter when it participates in forming a winning combination. The scatter is the pyramid and its major role is to launch the free spins round.

Getting three or more pyramid scatters on the grid will start off the free spins mode. Here, fifteen spins plus a cash prize will be awarded. The amount of cash prize will be determined by the number of scatter symbols landed. Three, four and five scatters will award 5x, 75x, and 500x respectively. This free spins round can also be retriggered several times.

Tutankhamun Deluxe slot also comes with a wild multiplier bonus feature. It is activated when a wild symbol is landed on a line, with the resultant win being doubled. Wins from two wilds will be tripled while those from three wilds will be quadrupled. However, if a player manages to land the maximum five wilds, a jackpot of £60,000 will be awarded.

Tutankhamun Deluxe is yet another great addition to the long list of games that use the Egyptian theme. The Free Spins round will offer some numerous opportunities in boosting the potential of the game. Combine this with the wild multipliers and there may be plenty of treasures waiting to be unearthed. Players who love the Egyptian theme can try out this game on Genting Casino.