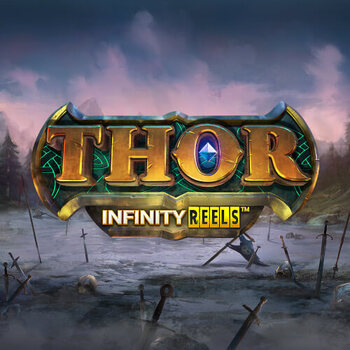 Produced by
Yggdrasil
Get into the battle with the Thor Infinity Reels slot, an intriguing release from Yggdrasil and ReelPlay. Incorporating a Norse mythology theme, this game takes players for an exploration of the mythical Asgard kingdom defended by Thor, the war god. And when the battle starts, the windfall also begins! This will be brought by the respins, multiplier boosts, and expanded reels. 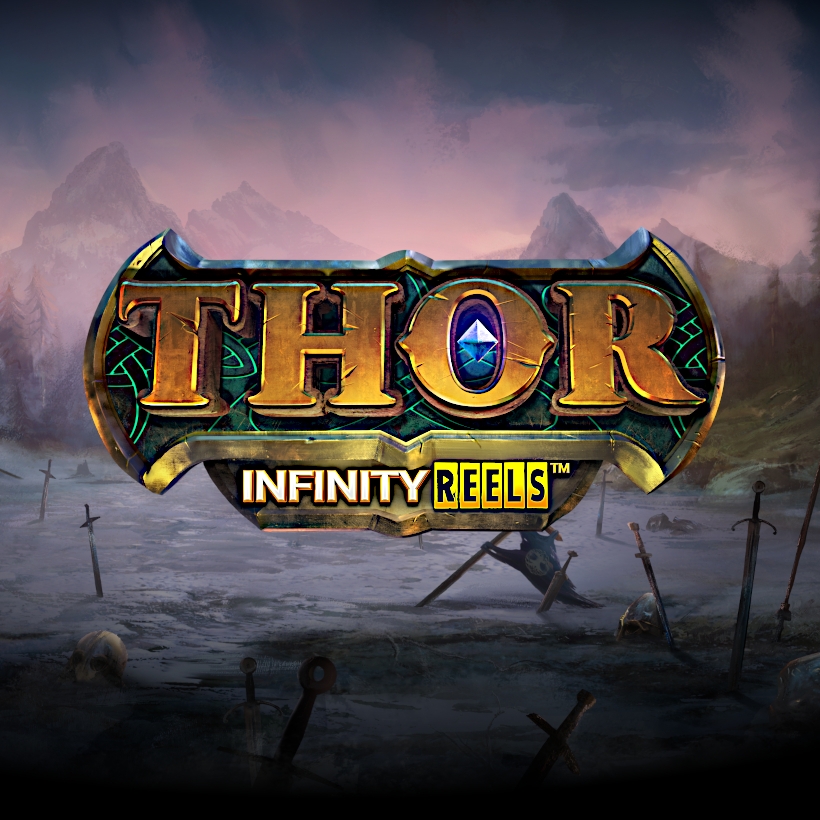 Get into battle with Thor Infinity Reels

Players can play Thor Infinity Reels on a 3 by 4 grid. However, the number of reels can increase thanks to the game's Infinity Reels mechanic. The default RTP in the base game is 96.20%, but it can shoot up to 96.60% when the Bonus Buy feature is activated. The game is highly volatile, meaning it comes with high risk but offers good rewards.

The betting range for Thor Infinity Reels slot online is quite solid. It begins at 20p, so even casual players can join the action. High rollers can bet up to 40 coins on a spin. The hit frequency rate is 1 in every 3.64 spins, so the game will soften the blows, thus keeping your bankroll intact. Additionally, the maximum win stands at 6,055x.

The slot comes with a Norse mythology theme. It is set in a scene that looks like the aftermath of a battle. On the reels are playing card symbols as well as horns, shields, helmets, axes, and other weaponry. Players should also look out for scatters when they play Thor Infinity Reels slot, as they're the triggers to the jackpots.

The first feature is the Infinity Bonus feature, which is triggered when a win occurs. This feature adds extra reels onto the grid. It also comes with a symbol win multiplier that starts at 1 and increases by +1 for every new reel that is spun. Payouts are then calculated by multiplying the symbol values with the symbol win multiplier.

Then there is the Jackpot Respins feature, which is triggered by landing 6 hammer scatter symbols. When this happens, 3 respins will be awarded. When a reel is filled with these hammer symbols, a fresh reel is added to the existing one. This can lead to a 10x mini jackpot, a 50x Minor Jackpot, a 250x Major Jackpot, or a 2,000x Grand Jackpot.

As if that's not enough, Thor Infinity Reels also includes a Bonus Buy Feature. Here, players can get to play with an expanded grid that comes with six to 15 reels. They will also get between 7 and 24 hammer scatters that can be used to trigger Jackpot Re-spins. However, to unlock this bonus feature, a bet of 100x must be placed.

Players who are looking for some Norse mythology-themed action will enjoy the Thor Infinity Reel slot. The game allows one to land some great prizes in the Infinity Bonus and the Jackpot Re-spins features. And for those who would like to take it a notch higher, a Bonus Feature Buy is offered. Check out and play this game today at Genting Casino!