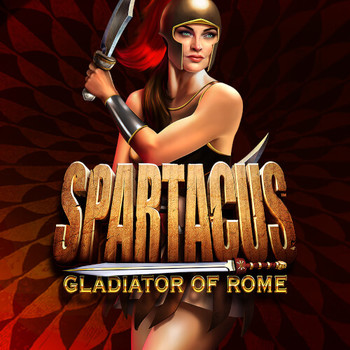 Produced by
Williams Interactive
Thousands of years since the time of Spartacus, his legend has grown throughout the world. The most famous Spartacus work is the legendary film that was released in the 1960s and starred Kirk Douglas. WMS has brought this thrilling legend of the Roman gladiators to a breathtaking online game with the Spartacus slot. Read on for more information about the game.

Spartacus is one of the most played games and second in terms of colossal reels from its creator WMS. This title stands out from the crowd with its style and gameplay. Punters play Spartacus on, not one, but two separate reels. In addition to these reels, other bonus features are also included to boost the winning chances of the player.

Unlike other slot games, Spartacus slot online features two sets of reels that can be wagered with the same bet. The first set has 5 reels and 4 rows while the colossal has 12 rows. Betting amounts range from 0.01 coins to a maximum of 250 coins for a single spin. RTP stands at 95.96% with a normal jackpot feature.

Play Spartacus Slot to experience an ancient Roman Gladiator theme that has a modern twist. The two reels in the game have similar symbols which include a lion, helmet, sword, Spartacus, two other gladiators, as well as high-paying symbols. Other symbols include a heart, spade, pink diamond and purple club, which are all low-paying symbols. The wild Spartacus substitutes for all symbols except the scatter.

The Spartacus slot is full of bonus features including stacked symbols, stacked wilds, and free spins. Stacked wilds are triggered when you land the wild symbol represented by Spartacus himself in the base game. When activated, the symbol covers the full reel on miniature sets of reels. This can also happen on the colossal set which could yield an even bigger reward from the round.

Stacked symbols stay in place after a winning round. These symbols give the player a chance to create new winning combinations in the subsequent spin. The feature appears on top of loaded reels, but they don't function as an extra feature like the stacked wilds do. Most of this information is available on the 'About' button present on the gaming screen.

Spartacus Online Slot by WMS is unique because it features two reels. The slot is a must-try thanks to its great bonus features as well as its eye-catching design. Bet amounts are also suitable for different players. So, why don't you join Spartacus and learn the history of the Roman Empire by playing the slot? You can enjoy yourself and learn about history!