Are you searching for an entertaining game that will engage you to the core? Don't worry, we've got you covered. The Rise of Maya slot will allow you to play from any device, including tablets and phones. The game will take you on a journey back in time t 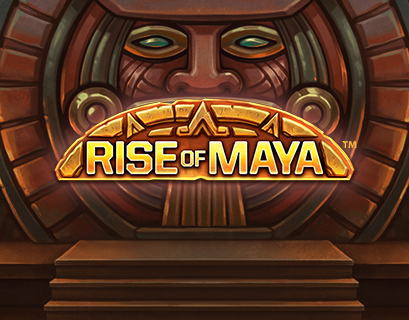 The legendary Mayans did many things to appease their gods. The game is set in one of the temples, but there's no terror to be found here. Instead, players get an entertaining slot with many clever features to satisfy their needs. With three rows, five reels, and ten paylines, you will be guided to a forgotten treasure. Play Rise of Maya slot and explore!


Players will start by playing ten fixed bet lines at different levels. The coin values will assist the players in placing higher bets. Activation of the bonus bet after the second chance scatters doubles the bet and increases the chance of getting hot reels and extra spins. When you play Rise of Maya slot online, payouts and winning combinations are made inline with a paytable.


Features in Rise of Maya


Any three or more wilds and the scatter symbols landing in any place over the reel activate extra spins. The reels where the wild symbols land help in activating hot reels when having an extra spin. All the serpent stacks landing on the hot reel expand to cover the whole reel. More spins can be won while the extra spin feature is in progress.

This game is quite basic, meaning that it's suitable for all sorts of players, including beginners. The interface is user-friendly and this exciting NetEnt adventure can, all in all, be very enjoyable. Try the Rise of Maya today, and hope the ancient gods are on your side. What are you waiting for to discover what treasure awaits you inside that temple?