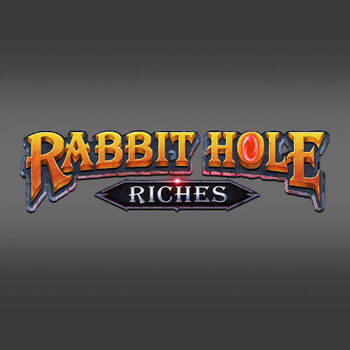 Produced by
Play N Go
Now is your chance to travel down the rabbit hole and have a winning adventure! Rabbit hole riches is a 3-reel video slot, with 5 fixed paylines. The game consists of 4 high-paying and 4 queen's army symbols, in addition to a standard wild symbol. Scatter icons can appear on top of any symbol within the main game and queen's army free spins feature.

Picking a teacup will reveal a high-paying symbol, each instance of the symbol on the reels will award an associated instant prize, either 2, 4, 6, or 8 times the total bet. The teacup will then display continue or collect. Continue allows for further picks, collect rewards the total prizes and concludes the feature. In the cheshire cat re-spins feature, the game will award 1 re-spin, the re-spin is a free spin. The cheshire cat wild is active in this feature. It will appear on the first free spin and guarantees a win. Each winning spin will result in an additional re-spin being awarded. The feature concludes when no winning combination is formed. There is no limit to the number of re-spins that can be won.