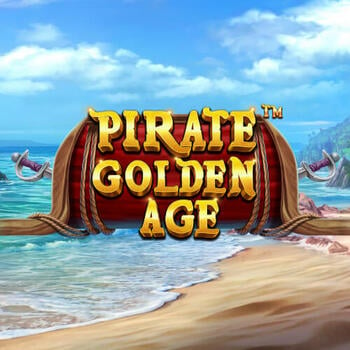 Produced by
Pragmatic
The Pragmatic Play video slot machine is called Pirate Golden Age slot. The bonus spins feature is where the action is most intense and highly volatile. You begin with 7 bonus spins, and you may earn more by securing more Bonus Scatters. The bonus round also features a significant role for the Mystery symbols. After each spin, they will resurface in random locations for potential large payouts and accumulate in a metre. Pirate Golden Age game has an RTP of 95.29 percent. Play Pirate Golden Age for 0.20 to 100 per spin.

Twenty fixed paylines and a 53 reel configuration characterise The Pirate Golden Age slot game. Beginning with the leftmost reel, all symbols pay from left to right. Per line, only the biggest win gets paid.

You can choose to bet up to 100 every spin, although games start at just 0.20 per spin. Simply use the + and - buttons on either side of the spin button below the reels, like with all Pragmatic Play slots, to change your total wager.

The top prize is three thousand times your bet. This isn't excessively high, but it's also not the lowest we've ever seen. The bonus spins feature's mystery symbols will give you the best chance of winning the grand prize. Later on, we will explain how everything functions.

The reels are situated on the shore of an island, and the theme of the game is pirates. A big skull and a moving crab to the right of the reels serve to emphasise the theme and enhance the overall effect.

Visually, everything seems fine with the bright, bold symbols capturing your attention.

The lower-paying symbols on the reels are the A-J Royals. The more lucrative bombs, anchors, parrots, and numerous pirates are added to these. The pirate with the gun symbol pays out the most, 6.25, 20 or 75 times your bet for combinations of 3, 4, or 5. This is quite kind considering that it's uncommon to see truly high-paying symbols for high-paying symbols, but these do.

The pirate's skull that serves as the game's Wild symbol pays up to 75 times its value for five of a kind.

The pirate skull Wild symbol substitutes for pay symbols to assist complete winnings in Pirate Golden Age slot online. The premium symbols pay between 6.25 and 7.5 times your stake for 5 of a kind wins. If you receive clean wild wins, the wild symbol pays the same as the top-tier pirate captain symbol. There are no further bonus features in the base game.

The bonus spins feature is the only significant bonus feature included in Pirate Golden Age online slot. This bonus round mostly relies on mystery symbols, which can result in more bonus spins.

To activate the bonus spins feature in the base game, you must land three or more Bonus symbols. In addition to the payout when this feature is activated, you will also receive 7 bonus spins at the beginning of the round:

In the bonus round, once a Mystery symbol appears, they all change into the same paying symbol or Wild. The Mystery symbols are gathered in a metre to the right of the reels after each spin. The bonus round's accumulated symbols return to the screen in random places at the conclusion.

It's also vital to know that a win multiplier increases by 1x each time more than one Mystery symbol appears in the same spot as other Mystery symbols. Then, all winning lines that cross through it will be subject to that multiplier.

Pirate Golden Age slot machine is a very simple game with only one additional feature. This is likewise quite straightforward and just a standard bonus spins feature with a Mystery symbol that can somewhat improve the gameplay. Overall, it's another slot with a pirate theme. Not much else needs to be said. It has a maximum win of 3,000 times your bet and is extremely erratic. Play Pirate Golden Age and win.