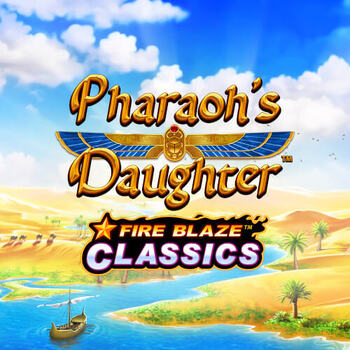 Pharaoh's Daughter slot online has excellent graphics and animations, with pyramids in the background. This game transports you to ancient Egypt through a beautiful game with numerous chances to win. It has fantastic mechanics that will keep you on the edge of your seat while you wait for the wins to come in. Pharaoh's Daughter game is an Egyptian-themed slot with a background of pyramids. It has a lovely colour scheme that makes it appealing.

The enchanting symbols in Pharaoh's Daughter slot include A, K, Q, J, and 10 royals, as well as Ankh crosses, Anubis heads, Ra's eyes, and scarab beetles. The Pharaoh's Daughter is the wild symbol, which appears on reels 2 through 5 and substitutes for all symbols except the scatter and the sun. The sun symbol can appear on all five reels as well. It can give you a regular payout between spins, but you will have to wait for the big wins. Pharaoh's Daughter is recommended for all players, whether new or experienced.

The Pharaoh's Daughter is the wild, and she will assist you in completing winning combinations with each spin. Except for the scatter and sun symbols, she will substitute for all other symbols in the slot. In the base game, this symbol can only appear on reels 2, 3, 4, and 5, but it can appear on all reel positions during the free games mode. The scatter symbol is a pyramid, and landing three or more in any position will result in eight free games. It will also pay out up to 50x the total bet if you land up to 5 scatter symbols on the reels. The sun symbol also serves as a bonus symbol in the slot and can appear on all reels.

Pharaoh’s Daughter shifts the highlight of the classic ancient Egyptian theme from the Pharaoh to the Pharaoh’s Daughter. The game is still filled with Egyptian images and bonuses that many players are familiar with. Both new and old players can enjoy the game and with a max win of 2,000x your stake many will. You can play this game at Genting Casino. Genting Casino offers a great selection of slots, table games and live casino games that you can play wherever you are.