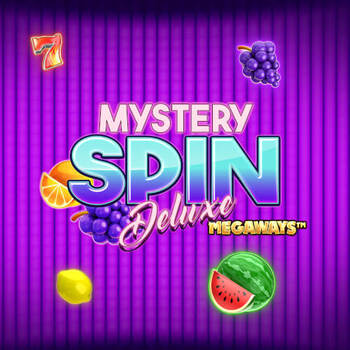 Mystery Spin Deluxe Megaways is a video slot with six reels, two to seven rows and 729 up to 117,649 ways to win featuring with Syncing Reels, where every reel can display the same sets of symbols, as well as the Mystery symbol feature for increased win potential.

Watch out for the mystery symbol for even more chances to win! When the Mystery Spin feature triggers randomly, all positions on the synced reels will be filled with Mystery symbols that change into the same matching symbol for increased winning potential.