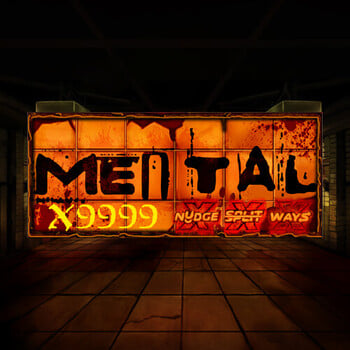 The Mental is an online slot game that has a creepy theme based on horror films and video games. The game has a 5x3 reel setup arranged in a 3-2-3-2-3 layout with 108 ways to win. It has a high volatility and a Return to Player rate of 96.08%.

The bet starts at 0.20 up to a maximum of 70 per spin. The symbols begin with five body components as the lower value tiles—Skeletal Hands, Kidneys, Hearts, Brains, and Eyes—and may initially appear morbid but later will look like a symbol that grows into you. There are also the infamous five patients, known only as Patients 1, 2, 3, 4, and 5, who are thought to be the highest paid. A payment of 1.5x to 5x the bet is available for landing five identical patient symbols. Moreover, 1 to 13 spots are at random encircled by flames on each spin. Any symbol that lands within one of these so-called "Fire Frames" splits into two pieces. When two Dead Patient symbols line up, the ominously named Dead Patient feature begins. A random multiplier is connected to one of the premium patient symbols that is revealed. Instead of being a win multiplier, the multiplier value corresponds to the quantity of that symbol on the reels. The Enhancer Cells are located at the base of reels 2 and 4. Reels 2 and 4 are turned on using four or six fire frames, respectively which may produce an effect. There are 3 types of free spins in Mental. These are: Autopsy Free Spins, Lobotomy Free Spins, and Mental Free Spins. Each has special features and multipliers and comes with different effects in the game depending on the combination it produces. Moreover, there is a Bonus buy where you can pay to gain free spins.

Try Mental for a spin here at Genting Casino also available on all mobile devices. Just make sure that you don’t play any more than you should, having a break now and again is recommended.