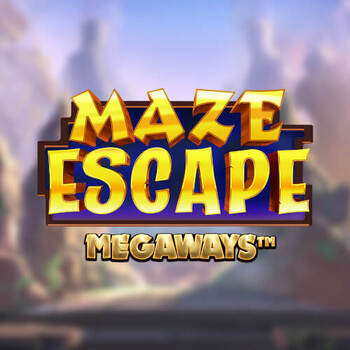 The famous game engine of Big Time Gaming has been tweaked to give another spin-off. Stockholm-based Fantasma Games brings Maze Escape Megaways to the table. Indeed a different breed from its predecessors, Maze Escape Megaways has acquired the formula of the Megaways, fusing it with one of the most favorite genres of players. Mythology and fantasy are only the beginning of a top-notch online slot. With a tremendous Greek mythology concept, a particular set of bonus features, and generous winning potential, the online slot game offers a fantastic game experience that players are sure to enjoy. Offering high volatility, Maze Escape Megaways also comes at a Return to Player value of 96.15%. Higher value wins for a higher risk giving out a possible win worth up to 25,000x the stake!

Fantasma has been known to create a great atmosphere for its online slots. Set in a dreamy background made up of mountains and ruins, Maze Escape Megaways is no exception. The slot revels in a classically inspired soundtrack weaving in between while playing. The grid is set up in a 6-reel, 7-row formation sitting up front and center. Maze Escape Megaways is heavily based on the story of King Minos of Ancient Crete. After leaving the pantheon, the half-man, half-beast create was imprisoned in the legendary maze. Fantasma chooses a well-known story and allows Maze Escape Megaways to be filled with divinities, heroes, and mythical beasts.

On each spin, a 1x1 tile will be highlighted by a golden frame. When a win occurs inside the tile, the Shifting Maze Avalanche is activated. Modifiers for special icons namely the Guidance of Athena and the Minotaur Wild is also in play. Having 3 golden disc scatters also rewards Labyrinth Free Spins. Escape the labyrinth and claim the rewards. Spin now.