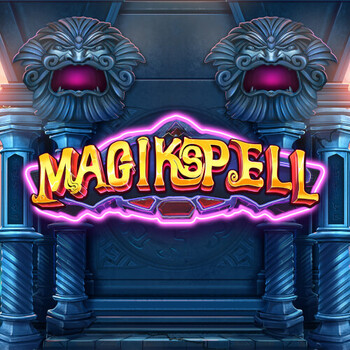 Produced by
Relax
Fantasma Games brings you a magical slot game treat with their Magikspell online slot game. See spellbooks, potion bottles, and even magician with a white beard as you spin the reels of this magic-themed slot game. The Magikspell slot game has 5 reels and 20 paylines where you can win by matching symbols. Magikspell also features a unique row layout, transforming symbols, free spins, a chance to win up to 20,000x your bet and more!

The Magikspell slot machine comes from Fantasma Games and is indeed a magically fantastic slot game with a unique slot game layout. The Magikspell game takes place in a deserted forest with gnarled trees all around and is played on 5 reels and changing rows that go 3-4-5-4-3. There are 20 paylines and you can spin the reels with a bet ranging from 0.20 to 50 per spin. There’s an above-average RTP of 94% here and the game is highly volatile. Get wins by landing matching symbol combinations on any of the game’s 20 paylines.

Make sure to set your preferred bet amount and check out the game’s information and paytable before you start spinning the reels of the Magikspell slot online. As you play Magikspell, you can find card royals as the game’s lower-paying symbols. The higher-paying symbols are represented by magic-related objects such as potion bottles, a diamond, a golden cup, a spell book, and the magician.

There are a number of bonus features in the Magikspell game. You can find special symbols such as a Wild symbol that can substitute for all regular-paying symbols, a Scatter symbol, and a Bonus symbol. There are also game features such as the Magik Meter, Magikspell Wild Feature, and Magikspell Free Spins.

The Bonus symbol, which looks like a gargoyle, is needed to activate the game’s Free Spins feature. This symbol only appears on reels 2 to 4 in the base game. The Scatter symbol is represented by a Purple Gem symbol. This Purple Gem can randomly turn into a Golden Gem in the base game and activates the Magikspell Wild Feature.

One point is added to this meter every time you land a Purple Gem. There are 3 milestones to reach on the metre and you get Magik Rings on every milestone and at the final milestone, the Free Spins multiplier is upgraded progressively.

Land at least 3 Bonus Symbols and you can trigger the Magikspell Free Spins. You start with 3 Free Spins and you can get more as you play the feature. You can experience a flurry of various features during the Free Spins such as sticky symbols, prize gem symbols, and more.

Fantasma Games’ Magikspell slot machine is a fun magic-themed slot game with great graphics and animations and many bonus features to enjoy along with the chance to win up to 20,000x your bet. Find the magical Magikspell slot online when you visit the Genting Casino website. You can play Magikspell slot as well as many other table games and online slot games when you browse our site!