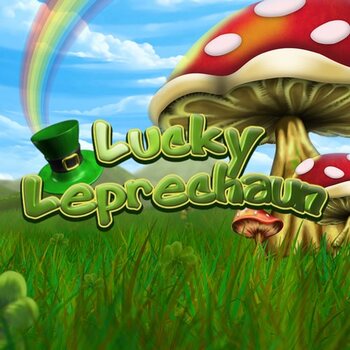 Produced by
MicroGaming
The Lucky Leprechaun video slot offers players Irish folklore symbols such as Guinness, four-leafed clovers, and 10 other symbols which makes this game an Irish dream to play. The Lucky Leprechaun slot has incredible features which go a step further in making the process of winning easier, as well as a lucky leprechaun who cheers the player along during the game. Get Lucky with the Lucky Leprechaun

The game offers its players 3 rows, 5 reels, and 20 non-adjustable paylines. The main character of the game, Leprechaun, is a big part of the Irish theme that floods this game and greets players as soon as they start the game. Those who play Lucky Leprechaun slot can see that the user interface is really colourful, with HD-quality graphics and a stunning title screen.

The Lucky Leprechaun reels are set against a background of rolling green hills and clear blue skies. The symbols on the reels keep up with the Irish theme and show glasses of beer and fiddles. Players who play Lucky Leprechaun slot online can get an insight into the Emerald Isle's culture and dive into a whole new world, with mystical creatures and lucky four-leafed clovers.

To play Lucky Leprechaun slot online players need to bet 10 coins to start the game. And the great thing about this game is that the initial stake can be as little as £0.20 and bets can go as high as £20. Considering that landing 4 four-leafed clovers in a row can result in wins of 2000 coins — that is a pretty sweet deal.

This slot game has special symbols and two categories of wild cards. The first wild card is the Lucky Leprechaun logo that can get players into the free spins round, where winning possibilities are endless. The other wild card in the game is the gold coin and is a substitute for every other symbol, but not the scatter symbols or the bonuses.

Lucky Leprechaun's free spin feature is activated when players win the primary scatter — a four-leaf clover on the fifth reel. When this happens, players immediately get 5 free spins that come with a 2x multiplier. During the free spins, players can either get a green or a golden four-leaf clover which awards an extra free game or an additional 1x multiplier respectively.

Another special bonus feature in Lucky Leprechaun is the Trail O’ Fortune Bonus which is triggered when players get at least three bonus scatters on the reels. Based on the special symbols and numbers that activate the bonus feature, a player will get a number of free spins. For instance, three scatters gets players four spins. Within the trail are other hidden bonus prizes.

Lucky Leprechaun is an amazing slot game with exceptional special symbols. The slot has two incredible bonus features that allows players to win decent cash prizes while enjoying the game. The Celtic theme, colourful design, and unique features absolutely set this slot game apart from the other Irish-based slots. Hop onto the adventure and help the leprechaun get you your pot of gold!