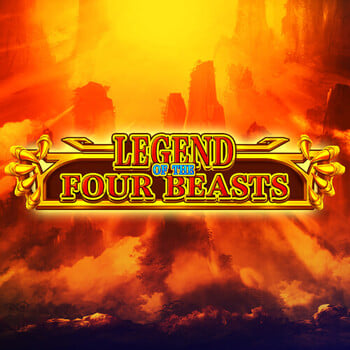 Produced by
iSoftBet
Are you ready to brave wild beasts in the mist-shrouded valleys of ancient China? With its 5 reels, 3 rows and an impressive 243 ways to win, this game will keep players of all skill levels entertained.

Set in ancient China, the tranquil, traditional music and sleek graphics create a fun-filled atmosphere. Brave explorers will come across the Asian-styled A to 9 royals alongside a special golden object, and the 4 legendary beasts!

iSoftBet is the master developers behind the Legend of the Four Beasts. Known for their quality online slot games, they gave us another fantastic 5 reel slot game. We love the 243 ways to win!

Find the silver coin. This wild symbol expands 1 position horizontally, and vertically to create a cross-shaped wild. The silver coin substitutes for all the standard symbols when it makes up part of a winning combination.

Go even bigger with the Ultra Bet feature

If you want to go even bigger, Legend of The Four Beasts offers brave players an Ultra Bet Feature. This exciting feature lets you play 50 spins for 50x of your total stake value.

How to Play Legend of the Four Beasts Slot Online

Legend of the Four Beasts is an exciting, Asian-themed online slot game. It has all the familiar features that players from all skill levels will appreciate. It is quick to pick up and master.

Players should try to trigger the free spins as it seems that it is there where the big wins and bonuses can be found. Only the brave, and the lucky, can conquer the Four Beasts!

Legend of the Four Beasts FAQ

What is the maximum bet for Legend of the Four Beasts?

What is the minimum bet for Legend of the Four Beasts?

This game has a minimum bet limit of 0.25 per spin.

Can I play Legend of the Four Beasts on mobile?

Yes, you can play this game on a mobile device.

What is the RTP of Legend of the Four Beasts?

What is the biggest potential win for Legend of the Four Beasts?

The biggest potential win is 10,000x your total stake per spin.

The game developer, iSoftBet is well-known for their approach to quality, exciting slot games. If you feel that the Chinese theme is not for you, we recommend having a look at some of their other titles.

Players should also try out The Queen of Hearts Megaways slot. It is another iSoftBet treasure that will keep slot players entertained for hours on end. It is jam-packed with exciting features and fantastic bonuses.

Genting Casino offers players of all different skill levels loads of exciting and fun gaming options. Try out the ever-popular live casino games, or head on over to the table games for something more adventurous.