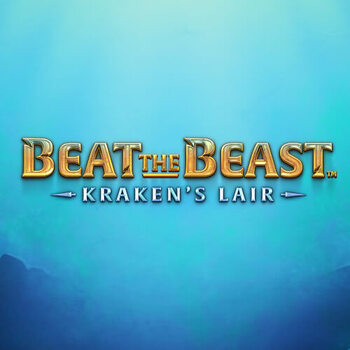 Release the Kraken! If you're a certified adventurer at heart, then you have come to the right place. Get the chance to beat the beast that haunts the seas of Norway and explore its territory in a game of Kraken's Lair.

Set in a classic 5x3 grid with 9 winning paylines, this game brings you the basics with added flair to make it even more thrilling. Landing 3 matching low-pay symbols or two premium symbols will constitute a win.

Low-paying symbols are represented by metallic Tens to Aces royal card symbols, while premium symbols are represented by a trident, a pendant, a chest and two Kraken symbols: the smaller Kraken pays 50x for 5-of-a-kind while the gigantic Kraken pays 500x for the same combo. A golden Kraken Emblem serves as both the Wild and the Scatter of this game.

When a Kraken Emblem is used in a winning combo, the other symbols used will each expand vertically, giving you more chances of winning. This applies both to the base and bonus games.

Landing 3, 4, or 5 Kraken Emblems on your reels can pay you 2x, 20x, or 200x of your stake respectively. This also triggers the bonus game which gives you 10 free spins. In this round, a random Kraken Emblem will be positioned randomly on your reel at the start of your spin, giving you more chances of winning. If you're lucky enough to land another set of 3 or more Emblems, you get 10 more free spins.

With a Return to Player rate of 96.12% and a variance level set in high, this game is perfect for the thrillseekers and risk takers. You can play Kraken's Lair on any of your mobile devices with Genting Casino. Start your adventure and set your budget, remember to play while it's fun, not futile!