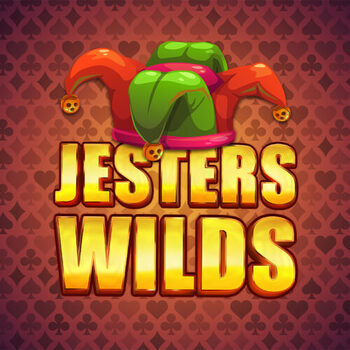 An addition to the classic fruit-themed slots comes Jester Wild. Play on a standard 5 x 3 reel with a fruit theme overall aesthetics and music making the gameplay easy and familiar. The game has a 95% RTP driven by a moderately volatile mathematical model.

There 20 ways to win in Jester Wilds and players may place their bets for as low as 0.2 to 100. Despite having no bonus games and a mid-volatile mathematical nature, you can still do a single spin and anticipate rewards of up to 2900x your bet; players may also utilize and take advantage of its features such as expanding wilds and scatter pays. Jester Wilds consist of familiar symbols: cherries, lemons, oranges, plums, grapes, watermelons, and red lucky sevens. To win, a player must match at least three symbols beginning with the leftmost reel and win up to 200x the bet if a player manages to match 5 symbols. The gameplay of this game is centered on wild symbols, as the title suggests. Although they don't have any intrinsic worth, they can be used to help you win by substituting for other conventional symbols. Additionally, Wild symbols can only appear on reels 2-4, although they do extend to completely fill the reel. In addition to the wilds, players may win 10x their bet if 3 gold stars appear in reels 1, 3, and 5 simultaneously. Players may also win 2x, 20x, and 50x their bet if they match 3, 4, and 5 silver stars respectively.

Jester Wilds is indeed a fun and casual online slot game that offers simple gameplay with other features that brings excitement to players who want to play with easy mechanics and an interface that focuses more on the game yet still makes it enjoyable with every session.