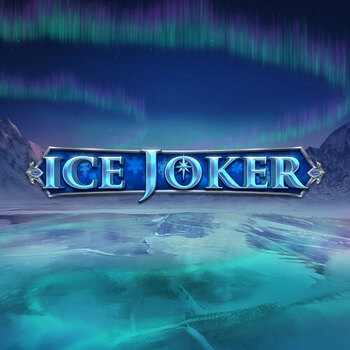 Produced by
Play N Go
Ice joker is a 5-reel video slot machine with 20 fixed paylines. The special wild symbol is represented by the ice joker. The scatter symbol is represented by the snowflake. Other symbols are wild, 7, star, bar, plum, grapes, lemon and cherry. The wild can only land on reels 2, 3 and 4. Wild cannot appear during frozen re-spins. When an ice joker lands on the reels, it awards 3 frozen re-spins. The ice joker is sticky and expands with each re-spin. Once it has filled the reel, it is removed. Land additional ice jokers to reset the remaining re-spins to 3. Win up to 50 re-spins.

Additional ice jokers can land on a reel with an already expanded ice joker, in which case the new ice joker will take precedence and the previous is removed between re-spins. If the ice joker lands in the centre of the reel, the up or down direction it expands to will be randomly decided. Ice jokers can only land on reels 2, 3 and 4.

If no more ice jokers land by the end of the frozen re-spins, one of the collected ice jokers are added to the reels, unless there is no more left. Win up to 50 re-spin