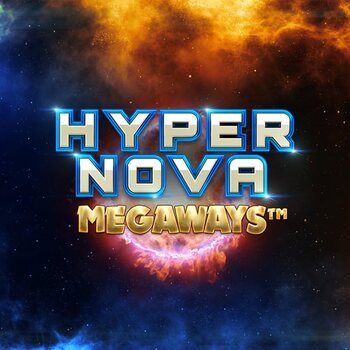 The lower-value symbols include a 9, 10, J, Q, K, and A Royals. The high-paying symbols are three premium gems. The highest rewarding symbol in the reels is a diamond. This diamond symbol gives you 10x your total stake for six across a full payline. The slot game also includes an extra horizontal reel above the main reels to help players produce a winning combination. This is the only area where wild symbols appear. The slot game also shows a Cascading Reels feature. This feature causes a chain reaction where you will see the symbols being removed and substituted by new symbols. However, this only happens when you land a winning combination. The Cascading Reels feature gives players a chance to win repeatedly from a single spin. The slot game also has a Jackpot Respin feature which gives three respins as reward. The jackpot awards include the Platinum, Gold, Silver, and Bronze. Play Hypernova Megaways by ReelPlay in select casinos now.