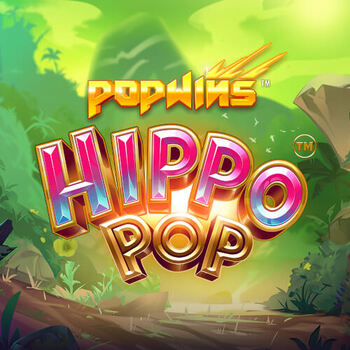 The African jungles are set for the new PopWins installment. Studio Yggdrasil Gaming, makes a comeback with the PopWins engine. Land winning combinations to pop successful symbols and turn them into two symbols for a new number of wins only at Hippopop! Extra pops will expand the reels, offering up to 65,536 ways to win and multipliers. Trigger free spins and multipliers by fully expanding reels. Hippopop comes at an RTP of 96.1% with high variance and a 20.5% hit rate. Perfect for thrill-seekers looking for bigger outputs with a chance at winning 48,150x the total stake.

Yggdrasil Gaming's signature style can be seen nicely in Hippopop. Visuals are highly inspired by Mexican fantasy and Oaxacan folk art. Meshing well with the background African theme. The visual presentation comes with a jolly jungle-themed soundtrack. Surely a standout from previously made online slot games. Set in said jungle backdrop is the grid made up of royal suits and an array of crystal-like animal symbols. Take a look and see fishes, birds, frogs, zebras, big felines, and flamingos. All these are in the palm of your hand with Hippopop's multi-device optimization. Playable on all devices like mobile, tablet, and desktop.

Hippopop doesn't shy away with its three bonus features centered around the free spins feature. Flex out winning chances with expanding multipliers as well as enhanced wins from the Hippo symbols expanding the reels. Land winning combinations to pop symbols with two new symbols in the PopWins feature. Here, the reel increases its size, as well as increases win amounts. Get new wins to pop rewards continuously. The base Game Multiplier gets the multiplier to rise by 1x until there are no more combinations. Players can get 5 free spins as well. Delve into the wild and spin!