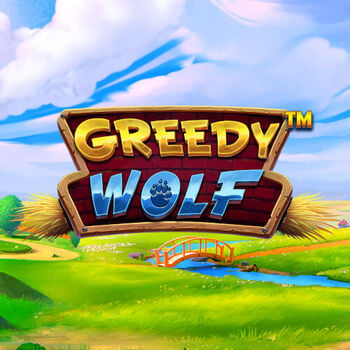 Produced by
Pragmatic
Greedy Wolf game was produced by Pragmatic Play. There are three random base game elements that offer guaranteed winnings, respins with moving wilds, and more valuable wolf symbols in addition to the game's five reels and twenty paylines. Scatters in the Free Spins feature provide you homes that can be upgraded to more durable materials. These houses present monetary awards at the conclusion of the round. with 3,000x the maximum bet wins and an RTP of 96.48 percent. Play Greedy Wolf for as little as 0.20 and all the way up to 100 per spin.

This Greedy Wolf slot game has five reels, four rows, and twenty paylines. A winning combination is one that consists of three or more of the same symbol running from left to right, starting on reel 1, and ending on any payline. However, there is a loophole. There are only 2 symbols required for the wolf symbol.

The range of bet sizes per spin is 0.20 to 100. Use the buttons adjacent to the Spin button, which are marked plus and minus. Both the bet size and coin value are adjustable. It is incredibly simple to use and modify.

Contrary to other Pragmatic Play slots, this one has a medium to high volatility rating (3.5/5). This indicates that the risk is lower than in games like Gates of Olympus and Pirate Gold.

The rewards are in line with this, with the highest win per spin being 3,000 times your total stake. The respins and cash rewards from the bonus spins will provide the larger wins.

The Three Little Pigs fable, which has a fairytale theme and is the basis for the Greedy Wolf slot online, has three pigs who construct various dwellings out of various materials in order to prevent the wolf from blowing them down. The serene meadow setting is depicted in colourful, vibrant visuals.

The reels are housed inside a wooden building and feature symbols like the royal A, K, Q, and J. Trowels and hammers are also available. Then there are the wolf and the three small piglets. The wolf is the most lucrative symbol, giving out 0, 2, 10, or 20 times your wager when it appears 2, 3, or 4.

The Building in Progress scatter is the only symbol that cannot be replaced by the wild symbol.

There are five bonus features in the Greedy Wolf online slot. There are three randomly selected basic game spins that reward you with additional high wolf symbols, respins with shifting wilds, and wins that are assured.

In the main game, a completely extended and stacked Wolf symbol may appear at random on reel 3. (the middle reel). The Greedy Wolf Wild feature activates in this situation. The high value wolf symbol then appears in place of all pig character symbols.

The Guaranteed Win feature, the last of the random base game features, can be randomly triggered by a base game spin that results in a loss. All of the symbols are destroyed when the wolf appears on the screen. To ensure a win of at least 20 times your entire wager, new symbols drop from the top of the reels. You can also get scatters from the wolf to start the Free Spins feature.

When six or more Building in Progress scatters appear on the reels at once, the Free Spins feature is activated. The round will start with 6 free spins for you. A straw square is used to designate each dispersion site. If no scatter had previously fallen there, the position will turn into a straw square when a scatter lands there.

What you might anticipate from a game based on the well-known fable is exactly what you get with The Greedy Wolf slot machine. It has a positive vibe and is light in terms of graphics. The figures on the reels interact with one another frequently and the design is excellent. I appreciate that there are three randomly triggered basic game features, which adds to the gameplay. If enough pigs change into wolves, the Greedy Wolf Wild feature can produce positive outcomes. However, a screen full of wolf symbols will yield a 400 x bet reward, making the game worthwhile. Play Greedy Wolf slot and win.